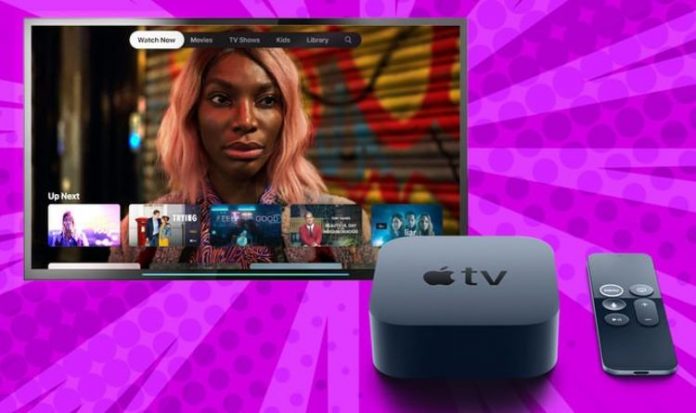 Apple TV and iTunes customers who’ve previously purchased Disney films will see the quality of their digital copy upgraded at no extra cost. Yes, customers have shared screenshots of an email from Apple announcing the free upgrade, which arrives just in time for a Christmas movie marathon fuelled by cheese and crackers.

This isn’t the first time that Apple has upgraded the quality of earlier purchases. When the Californian firm first introduced the ability to buy and rent films in 4K quality back in 2017, it started to upgrade those who had previously bought the titles in High Definition (then the most pixel-packed format available before the introduction of Ultra HD purchases in the iTunes Store). The latest batch to receive the quality boost are those produced by Walt Disney – something fans have long clamoured for.

This includes some of the biggest blockbusters in recent years, including entries in the Star Wars saga, The Avengers and some classics from Pixar Studios, like the Toy Story quadrilogy. Elsewhere, those who bought 10 Things I Hate About You, Iron Man, Mulan, Mary Poppins Returns, The Muppet Christmas Carol, Thor: Ragnarok, Pirates of the Caribbean: The Curse of the Black Pearl, Black Panther, and Avengers Assemble, to name a few, will see their old movie purchases upgraded to the latest format too.

Those who don’t own the digital versions will be able to buy them in 4K HDR from the Apple TV app now.

Apple has made it incredibly simple to get the upgrade – you don’t have to do anything. You can check the quality of your digital film collection by checking the 4K HDR section of the Library tab within the Apple TV app. Apple TV replaced iTunes with the arrival of macOS Catalina last year. If you haven’t upgraded your Mac in a little while (or are using Windows), you’ll need to load-up iTunes to check out which titles in your movie collection are now labelled as 4K HDR.

Ultra HD packs four times the number of pixels as 1080p HD, so you’ll enjoy a much greater level of detail. HDR stands for High Dynamic Range, which allows a greater amount of detail in scenes with a high level of contrast, like a small beam of light in a gloomy cave, and avoids the brightest parts of the screen being blown out. As well as these improvements, Apple also seems to be upgrading Disney titles to support Dolby Atmos surround sound too – perfect if you have a beefier home cinema sound system.

If you’re watching on an iPhone or iPad, you’ll need to load the TV app to check the quality of your recent purchases.

The upgrade means those who bought movies on Apple TV or iTunes will be able to enjoy blockbusters in the same quality as Disney+ subscribers. Unlike Netflix, Disney does not charge extra for the highest streaming quality. A number of older titles, like Star Wars: A New Hope and The Sword In the Stone and Who Framed Roger Rabbit, were upgraded to 4K – a pixel-packed format that you can’t currently access with physical media as there’s no 4K Blu-Ray release for some of these films.