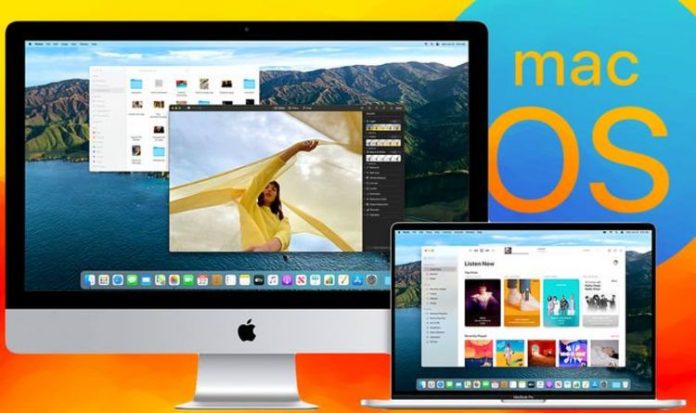 Apple has held two product showcases in as many months, revealing the Apple Watch Series 6, Apple Watch SE and redesigned iPad Air in September, followed by four new iPhone 12 models earlier this month. During that time, it has also rolled out major new versions of its operating systems …except for one. Yes, despite unleashing iOS 14, iPadOS 14, watchOS 7 and more, Apple hasn’t flipped the switch on the latest version of macOS, known as “Big Sur”.

However, that could soon be about to change. According to a tweet from Jon Prosser, who hosts the immensely-popular Front Page Tech channel on YouTube, Apple has another Apple Event scheduled for November 17, 2020. Like its recent predecessors, this slickly-edited presentation from Apple CEO Tim Cook and fellow executives will be streamed online on the Apple website, YouTube channel, Apple TV channel, and iOS app. With the main focus of this event set to be new Mac hardware powered by Apple’s new custom-designed processors (which have been found in iPhones, iPads and AirPods for years, but will make the jump into MacBooks and iMac for the first time this year – replacing the industry-standard silicon from Intel), Apple watchers seem confident that this is when we’ll find out the release date of macOS Big Sur.

That seems pretty plausible, not least because whatever new hardware is announced during the event, these machines will ship with macOS 11 Big Sur installed out of the box. So, it makes sense for the operating system to be available to download for the rest of us before these new laptops or desktop computers start to land on store shelves worldwide.

Not only that, but Apple announced the release date for its new iterations of iOS, iPadOS, watchOS, and tvOS during its broadcast in September, so it wouldn’t be unusual to see the Californian company following the same pattern again.

If you missed the initial reveal of macOS Big Sur during the annual Worldwide Developers Conference, then boy! you’ve got a lot to catch-up on. Apple has completely overhauled the design of the operating system, bringing in new elements from iOS and iPadOS – like the standardised rounded-square app icons, grouped notifications and redesigned widgets – as well as a number of new features specific to the desktop.

In terms of design, Apple has added a truckload of translucency across the operating system. Full-height sidebars have been added to application and Finder windows that allow colours from the windowed app, or desktop background, behind to subtly bleed through. The menu bar at the top of the screen is almost completely transparent in macOS Big Sur so that, according to Apple, “your content is always front and centre”.

iPhone and iPad owners will be familiar with the Control Centre – a menu of frequently-used settings that can be accessed by swiping down from the top right-hand corner of their screen. With Big Sur, Apple has added the same feature to the Mac for the first time. Accessed by clicking on an icon in the menu bar, the drop-down includes controls you use most often, like Wi-Fi and Bluetooth toggles, as well as controls to play music and enable Dark Mode for your display. Unlike iOS, the new Control Centre on macOS lets you add controls and drag favourites to the menu bar to access even faster.

Big Sur includes a reworked Messages app with the ability to reply to individual messages in a thread, receive notifications when your name is mentioned in a group chat, react with Memoji, send GIFs and more. Maps has also been upgraded with much greater detail as well as cycling directions, which can be beamed to your iPhone before you set out on a journey.

Music has been redesigned to match the recent updates on iPhone and iPad, including a new Listen Now tab with artist interviews, new releases and updated playlists from the team of editors, to replace the For You section found in previous releases. Apple Photos gains an improved one-tap-and-you’re-done Retouch tool powered by machine learning as well as new granular editing controls.

Apple says that work behind-the-scenes ensures that, once you’re running macOS Big Sur, future operating system updates will be much faster. The iPhone maker states, “software updates begin in the background and finish faster than before – so it’s easier than ever to keep your Mac up to date and secure.”

So, who will be able to download and install macOS Big Sur?

Well, thankfully, despite the seismic shift Apple has announced is coming this year with the switch from Intel processors to its own in-house designs… a vast number of existing Intel-powered machines will be able to download and run all of the new features included with macOS Big Sur. That said, some Macs capable of running macOS Catalina – the previous version of the operating system – will be unable to make the move to Big Sur.

macOS 11 Big Sur is compatible with…

The following Macs, which are currently able to run macOS Catalina, will not be able to upgrade to the next version of macOS…

Express.co.uk will keep you updated about any more whispers – or confirmation – about the launch of macOS Big Sur or the next Mac-focused Apple Event, purportedly scheduled for next month.