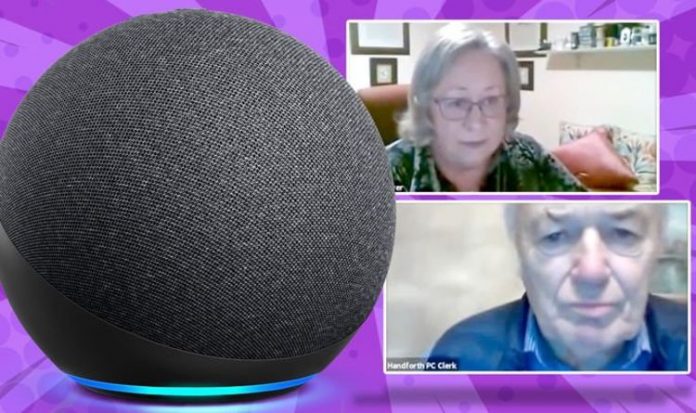 Amazon is constantly tinkering with its chatty AI assistant Alexa. Most of the time, the US retail giant won’t even announce these changes – new abilities and features are quietly introduced for Echo owners to discover on their own. And if you needed any proof of how amazingly fast the Alexa software team can be – the handsfree assistant is already aware of the Handforth Parish Council meeting.

For anyone who missed the viral sensation, footage from a virtual Parish Council meeting held over videoconferencing tool Zoom on December 10 was published on Twitter this week where it quickly gained millions of views. An edited version of the planning and environment meeting, which saw chairman Brian Tolver accuse Jackie Weaver, who works as the Chief Officer of the Cheshire Association of Local Councils, of having “no authority here”. Councillor Aled Brewerton tries to take charge of the meeting after Tolver is relegated to the virtual waiting room, shouting: “Read the standing orders – read them and understand them”.

During the meeting, chairman Brian Tolver also labelled himself as the “clerk” in his moniker on Zoom. When asked about this from other attendees in the meeting, Jackie Weaver says: “The chairman simply declared himself clerk and notified everybody of the case. There is no way of stopping him from calling himself clerk. Please refer to me as Britney Spears from now on.”

And it’s this particular exchange that sees to caught the attention of the teams at Amazon.

If you own an Amazon Echo smart speaker at home – or any other gadget with the Alexa voice assistant built-in, including some Smart TVs, car infotainment systems, Android smartphones and Fitbit fitness trackers, you can test out the new response right now. As always, you need to use the wake phrase “Alexa,” which acts as an audible “on” button and prompts Alexa to start listening for a command.

Saying “Alexa, does Jackie Weaver have any authority?” will prompt result in the response “Do you mean Britney Spears?” – a nod towards Ms Weaver’s comedic request during the local government meeting in Cheshire.

You can also ask “Alexa, who is Jackie Weaver?” to get the same response.

Following the viral success of the clip, Jackie Weaver told the BBC that she had received “nothing but positive support”, adding that “99.9% of council meetings are just not like that, they are often less exciting than we might hope they are. I’m passionate about the fact that local government is the mechanism by which people can engage with their communities.”

Former Chancellor George Osborne responded to the viral video, which clocks in at around 18-minutes in its original firm, tweeting that Handforth Parish Council had not been “quite so lively” when he was an MP for Tatton, which covers that area.