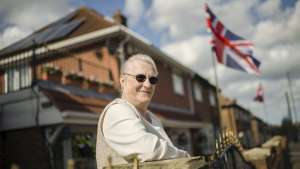 
It’s an unusually blustery day for early summer in northeast England, and on the streets of Sunderland people have to huddle together to hear one another speak.

Getting their voices heard is important to locals in the city that became synonymous with Britain’s vote to leave the European Union. Sunderland was the first district to declare its emphatic support for Brexit in the referendum two years ago and the result reverberated across the country and sent the pound tumbling in currency markets.

But what’s turned into the biggest dilemma facing British politics for more than 40 years has turned into more of the same for one of the poorest parts of northern Europe. People say Brexit is hardly a topic of conversation anymore, even in a month of high drama in the parliament 280 miles south in London. Most reckon it won’t end up happening anyway.

“I don’t think anything on Brexit is being listened to,” said Steve Lowerson, 55, a retired geriatric care worker sheltering next to the harbor in the Roker area of the city. “I’ve been working in care all my life but by the time I need it, it won’t exist anymore. Brexit isn’t the issue, it’s all the cutbacks over the years.”

Sunderland now highlights just how intractable and irreconcilable Brexit has become. Opponents of the EU took the vote as a battle cry against its open-border migration, budgets and supranational sovereignty. Yet it was just as much a cry for help from regions at the forefront of years of U.K. spending cuts following the financial crisis. 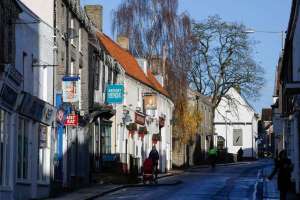 Dealing with the consequences of the decision now consumes politicians. Prime Minister Theresa May faced down yet another rebellion over her key legislation on leaving the EU in parliament on Wednesday, and the battles aren’t over.

The causes of Brexit, meanwhile, continue to preoccupy the people who voted for it in downtrodden towns and cities across Britain. The result, in Sunderland at least, is a heightened feeling of alienation and disillusionment that’s going to take generations — and successive governments — to repair.

Politicians are “so cut off in their own little world,” said Alan Brown, 52, a takeaway delivery driver in Pennywell, whose streets of postwar red-brick semi-detached homes are the largest social housing project in Sunderland. “They think they know how the working man thinks, but they don’t know the difficulties we do go through in everyday life.”

Brown voted to leave the EU so the country could save money and stop people coming to Britain to use its services. He expects a “massively watered down version” of Brexit. Elsewhere in Pennywell, Susan Bland, 69, wants to stop immigration, but politicians will just do what they want anyway: “They’re not going to take any notice.”

There’s little faith that will change anytime soon across Sunderland, whose 200,000 population lives in the shadow of its great rival Newcastle connected by metro 25 minutes away.

The northeast region of England is classic post-industrial Europe, a relic to mining and shipbuilding. It’s home to the country’s highest rates of unemployment and highest levels of deprivation. Sunderland isn’t as bad as some neighboring towns in part because of jobs at Nissan’s car plant, Britain’s largest. But the percentage of workless households is well above the U.K. average and weekly pay is 12 percent lower. 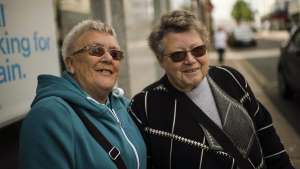 
Rushing to a dental appointment on the city’s central Fawcett Street, Ethel Hopper, 76, and her friend Margaret Crozier, 74, said they’re just tired of watching people struggle in Sunderland. At least voting for Brexit had given them a voice against immigration and the deterioration of the National Health Service.

“We get nothing here, we get no say,” said Hopper. “There are more cutbacks than ever, less police, the NHS is on its knees and yet we’re still letting people in.”

Rachel Dobbs, dressed in a blue nurse’s uniform, was among the 39 percent of Sunderland’s voters who wanted to remain in the EU and is concerned the area is about to get a lot less money just when it needs it. She works in social care and said people complain about how difficult it is to get the help they need from the government rather than talk about Brexit anymore.

“It’s hard to get home care and have it paid for by the council when before it was quite easy to do if you met a set of criteria,” she said, exercising her dog on the beach next to the North Sea, along the rejuvenated seafront that was a thriving resort a century ago. 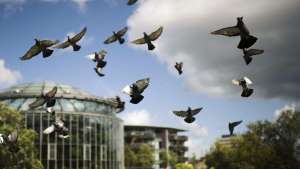 
Walking in Mowbray Park next to the museum and winter garden in the city center, Stephen Davis was with David, the disabled man he looks after. David just had his respite care hours cut, said Davis. People have gone back to worrying about their daily lives and many don’t think Brexit will even happen, he said.

“We don’t talk about politics a lot,” said Davis, 42. “In terms of impact on us and social care, it’s more the threat of what could happen than what’s happened so far.”

The dozen or so people interviewed spoke a day after Prime Minister May managed to survive last week’s vote on her EU Withdrawal Bill. All of them said they, or most people they know, barely pay attention anymore. The drama in London resonates little in a place that encapsulated the Brexit rebellion.

At least half of them said help for the north gets focused on places like Manchester over on the other side of the country.

Quicktake: What’s Left to Be Settled?

Along the beach close to where Dobbs was out with her pet, Alan Dixon, a former IT consultant who voted to stay in the EU, also complained that Sunderland is a victim of isolation. He’s lived in the city for 60 years, since he was eight years old, because his father was a manager in mining, one of the region’s traditional industries.

He doesn’t have much faith in politicians being able to fix the country. “I despair at the political situation that’s been building up,” said Dixon. 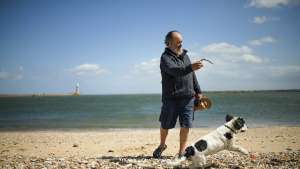 
The House of Lords, some of May’s own Conservatives and the opposition Labour party have been trying to revise the legislation to keep Britain close to the EU after Brexit. A group of Labour lawmakers in the northeast has been pushing for another referendum to give people a chance to reverse the decision once they know the outcome of the negotiations.

That doesn’t mean people are listening.

“I haven’t seen the news, I’ve been too busy working,” said Dobbs. “I feel like Westminster’s a different part of the world. You feel like the northeast doesn’t exist.”

NOW SEE: Inside the community that voted hardest for Brexit – and stands to lose the most 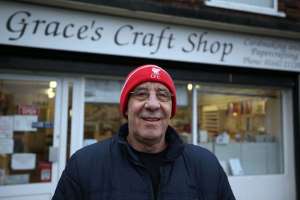