A new development in the southeast corner of Regina will see nearly a dozen new businesses open their doors by fall.

Acre 21, located on Chuka Boulevard in the Greens on Gardiner subdivision, now includes a mix of restaurants, retail stores and services.

Recently, a Dairy Queen opened in the area as well as the city’s second Save-on-Foods. A Co-op gas station, c-store and car wash are also in business.

“It’s almost a community hub for the local residents here, where, if you want to pick up something quick you can go there,” she said. “People have said it’s nice because when they come home from work, they can stop and pick something up.” 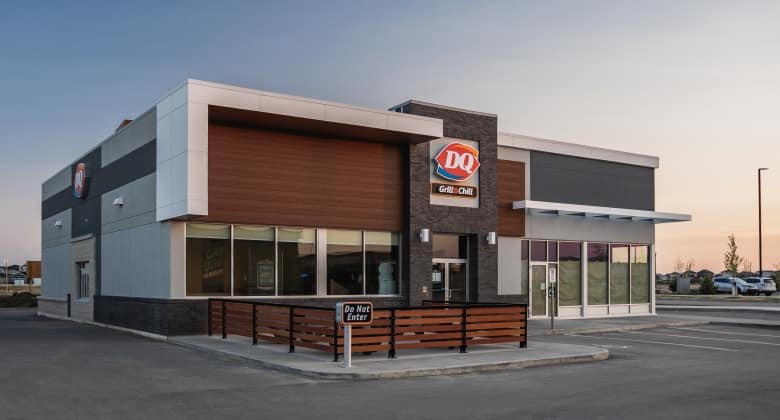 A Dairy Queen is also open beside the new Co-op gas station. (Submitted by Forster Projects)

Forster Projects, run by president Blair Forster, is a partner in the Acre 21 project. He said the company took the rezoning application for the Acre 21 land to council about 18 months ago.

Forster said Acre 21 fits the City of Regina’s plan of developing complete communities with a bit of everything for everyone including residential, employment and shopping.

“We identified a long time ago that southeast Regina was underserved from a retail perspective,” he said. “Being residents in that neighbourhood for many years, we knew that our neighbours and ourselves had to go all the way to Victoria Avenue to source any services in the community and there was pent-up demand for anything closer.”

Adding to the businesses that are already open, the area is also set to get a Metro Liquor Store, Shoppers Drug Mart, Dairy Queen, McDonald’s, Boston Pizza, Popeye’s Chicken and a Domino’s Pizza. Local to Regina, there will be Acre 21 Dental Clinic, Knight Archer Insurance, Prairie Donair, and a family-owned sushi restaurant.

“Our philosophy on all of our projects is to have a strong mix of local and national tenants,” Forster said. “The national tenants are great to get a broader, regional draw but the local tenants, we feel, are what bring that unique aspect to the project and get a lot more community engagement with their tenancy.” 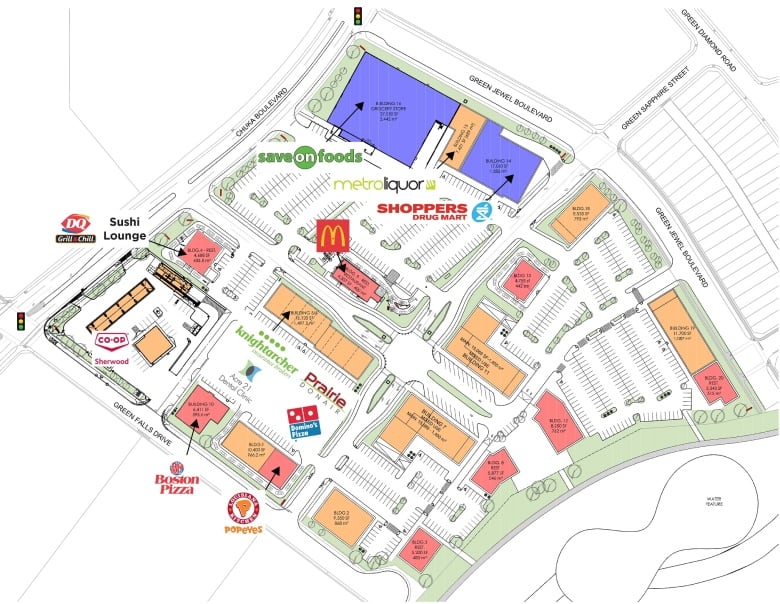 11 new businesses are set to open in the Acre 21 development by October 2018. (Forster Projects)

Forster said most of the businesses will be open before the end of October. That will complete phase one, taking up 11 of 21 acres.

More residential units on the way

Phase two is scheduled to start construction in the spring of 2019.

Forster said he wants to bring in more retail stores and more amenities, like a yoga studio, gym and bank. He said a water feature is planned on the south of the site, with restaurant patios overlooking it.

It’s a growing community. In fact, within 10 years it’s predicted to have 25,000 residents, Bresciani said.

The councillor said families are flocking to both The Towns and Eastbrook, two housing developments in the area. There is also a new school just north of Acre 21 called École Wascana Plains School.

Bresciani said the new businesses show the prosperity of Regina, and its east end.

“There’s still development going on and they’re still building houses,” she said. “It is nice when we have businesses like this that come and want to be a part of our city and our community here.”