It’s less money per month than most people carry around in pocket change — approximately 25 cents — but that’s not what’s got Chilliwack senior Sandra Hawkes steamed over BC Hydro’s new Customer Crisis Fund charge.

“I’m livid,” said Hawkes. “They don’t refer to it as a tax on the bill … but I’m calling it a tax because that’s what it is. First of all, it’s arbitrary and second of all it’s a wedge in the door — what’s to stop it from going up?”

According to BC Hydro, the B.C. Utilities Commission ordered the creation of the fund in a three year pilot program aimed at helping residential customers who are in arrears and facing disconnection.

The line on a recent BC Hydro bill shows the charge for the new Customer Crisis Fund, which came into effect June 1. The charge, which amounts to 0.82 cents per day, is also subject to five per cent GST. (CBC)

The levy of 0.82 cents per day plus five per cent GST came into effect June 1.

In total it amounts to just over 25 cents per month or about about $3 per year, but the paltry sum is not the point, says Port Moody’s Helen Pemberton.

1/2 Hi there, BC Hydro was directed by the BC Utilities Commission to set up a crisis fund pilot program as part of the regulatory process where they review our rate designs. This is an opportunity to provide our customers with better service and to help those in need.

“We’re now going to pay into this stupid fund for people who don’t pay their bill, who have arrears or are on the verge of being disconnected? I’m thinking of not paying, because I’m so upset,” she said.

According to the BC Hydro website, “if you’re a residential customer experiencing a temporary financial crisis, such as a loss of employment or benefit income, unanticipated medical expenses, or a death in the family and you’ve fallen behind on your BC Hydro bill, you may be eligible for a grant payment to avoid disconnection of your service.” 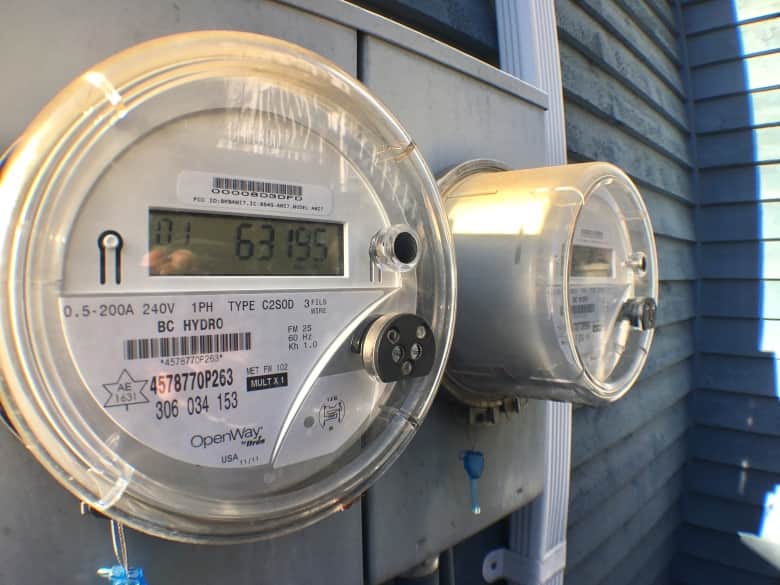 BC Hydro metres at side of house. (Simon Charland/CBC)

A BCUC report says the program will collect $5.3 million per year from BC Hydro’s 1.8 million residential customers. The annual cost of operating the program is estimated at $900,000 with an additional $600,000 to set it up.

A successful crisis fund applicant can be granted a maximum of $600 per year to be put against unpaid hydro bills, renewable every 12 months.

Data from 2016 shows on average seven per cent of BC Hydro customers are in arrears 30 days or more.

No one from the B.C. Utilities Commission was available to speak to CBC.

Hawkes, who is on a fixed income, says the Customer Crisis Fund charge is an affront to those who are struggling to make ends meet.

“I have no problem with setting up a fund, just don’t demand unilaterally and arbitrarily that ordinary people pay for it.” she said. “I want to choose my charitable donations.”

Pemberton believed BC Hydro needed to be more transparent about introducing the charge.

“It’s good to help people. Just don’t do it behind my back.”