The Gallant government is using a taxpayer-funded government video to launch a new publicity blitz on Facebook less than three months before the start of the election campaign.

The video catalogues what it claims to be four years of Liberal achievements. It began appearing on Facebook last week and packs a dizzying series of assertions into just two minutes.

The video does not violate new legislation that bans government-funded advertising from promoting the party in power, because that law exempts online ads.

“Economic growth, education and health care are your priorities,” says the chipper-voiced female narrator. “They’re ours, too. That’s why we, along with other public and private sectors, are making investments that will set New Brunswick up for success.” 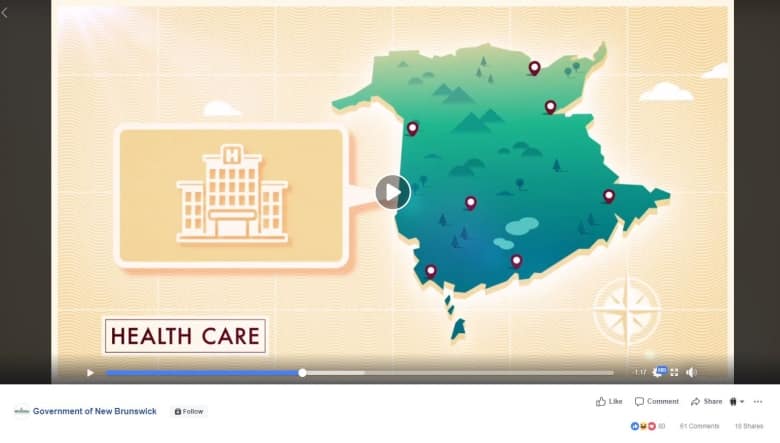 A screenshot of the government-funded video circulating social media. (YouTube/Government of New Brunswick)

A series of animated scenes illustrate spending on schools and health care as well as roads and bridges. It itemizes a range of projects, from the Port of Saint John to an amphitheatre in Edmundston as well as the government’s tuition program for low-income students.

Gallant and his ministers do not appear in the video, but the message, including the closing slogan “we are getting things done,” uses phrases similar to what they’ve been saying leading up to the election.

The line “getting things done” appeared on the Liberal Party website last year. The government has also used it on large signs it puts up near infrastructure projects. 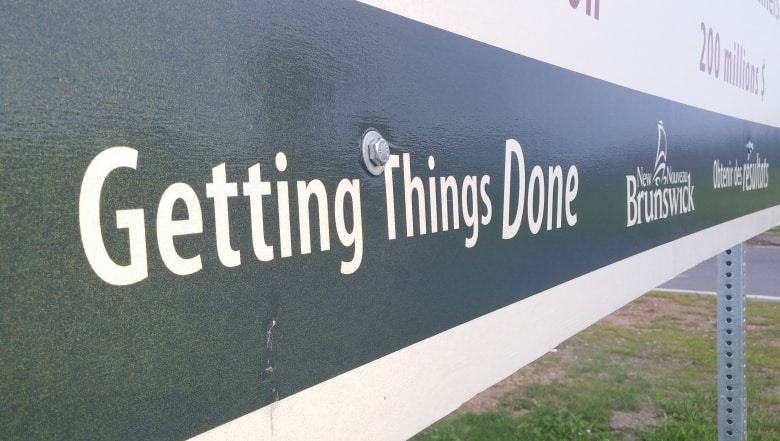 The Liberals have also put up a website that attacks Progressive Conservative Leader Blaine Higgs, claiming he would cut or roll back many of the programs they’ve initiated. Many of those programs are the same ones listed in the new Facebook video.

The video was first posted on the government’s YouTube channel last year and was played at Gallant’s 2018 State of the Province speech. It was among several videos produced by Saint John’s Revolution Strategy for $30,471.

The video doesn’t mention New Brunswick’s ballooning debt, the deficit that is forecast to grow to $189 million this year, hospital wait times or the province’s forecast that it will rank last among provinces for economic growth. 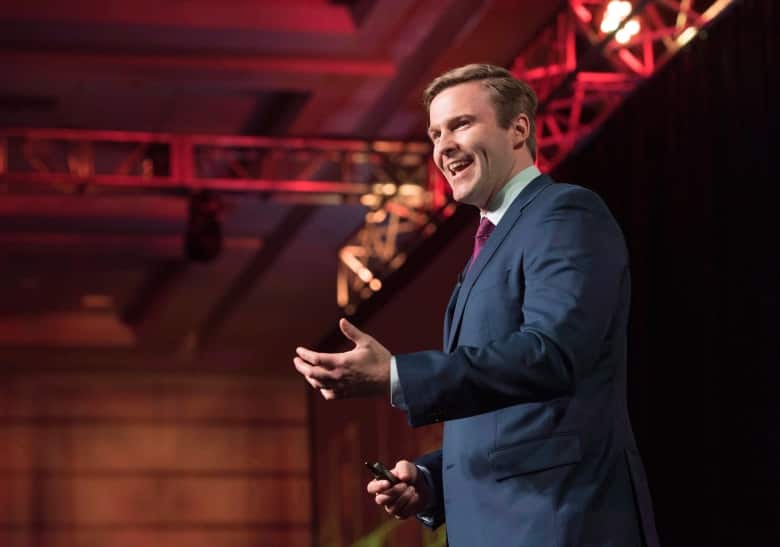 “I expected the Liberal logo to appear at the end of the ad, because if this is not a campaign ad, my 15 years in politics is wasted,” said Progressive Conservative MLA Bruce Fitch.

“It’s blatant. Other than using the words ‘re-elect Brian Gallant,’ this is a campaign ad, in my opinion.”

The government did not respond to a question about whether it is paying Facebook to target the video at certain types of voters.

Earlier this year, the Liberals passed legislation to put an end to what they called “political advertising.” In 2014, the party platform promised “ending government-funded partisan advertising.”

The law allows the province to advertise “existing, new or proposed government programs, plans, services or policies” as long as the ad “does not promote or oppose a registered political party” or candidate.

Elected politicians cannot appear in television versions of the ads. They must also include “a statement that it is funded in whole or in part by public money.”

McNeil said that’s not necessary in the Facebook posting of the video, because it’s obvious it was posted by the government account. 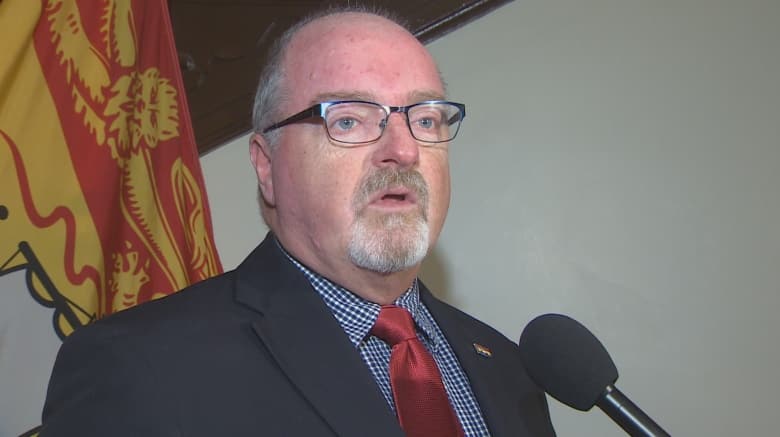 And the law has a huge loophole: It says it “does not apply to material made public by or through the medium of the Internet.”

Regardless, Fitch said the ad violates the spirit of the ban Gallant promised in 2014. “I think it’s gone well beyond a line that shouldn’t be crossed.”

Online social media platforms are a key part of the Liberal communications strategy. Posts from Gallant’s Facebook account show up as “sponsored,” meaning the site has been paid to boost the amount of views they receive.

Fitch said the Liberals have an advantage heading into the election because they can use government resources to promote their agenda. “That’s a difficult machine to work against.”

He said the PC opposition will rely on inexpensive social media “to fight fire with fire.”