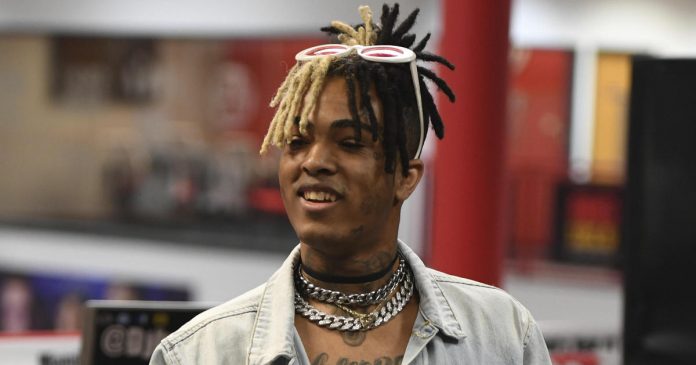 DEERFIELD BEACH, Fla. — The lawyer for slain rapper XXXTentacion said Tuesday that detectives believe he was fatally shot in a random robbery while likely planning to buy a motorcycle at an upscale shop near a residential neighborhood in South Florida. Attorney David Bogenschutz said investigators also told him the 20-year-old rapper, who pronounced his stage name “Ex Ex Ex ten-ta-see-YAWN,” had visited a bank shortly before the shooting and possibly withdrew cash for the purchase.

No arrests have been made in Monday’s shooting at Riva Motorsports in Deerfield Beach. XXXTentacion, whose real name was Jahseh Dwayne Onfroy, was exiting the shop’s parking lot in his luxury BMW electric car when he was shot. The Broward Sheriff’s Office said deputies are searching for two suspects who fled in a dark SUV.

On Tuesday, workers continued building a 6-foot wall around the property of the newly built home where XXXTentacion lived in Parkland, the same suburb of Fort Lauderdale where a gunman fatally shot 17 people at Marjory Stoneman Douglas High School in February. Relatives and friends were in the house’s yard but declined to comment.

Candles, a teddy bear and a large, signed sympathy card lined the front porch of the 5,957-square-foot home, which was purchased late last year for $1.4 million. Property records list the owners as Cleopatra Bernard, the singer’s mother. Her name was tattooed across his chest.

Myles O’Hara, 17, and Aaron Gavin, 20, sat on the curb, solemnly staring at the ground, mostly ignoring the people who moved past. They said they admired XXXTentacion because he was a local kid who rose from rough circumstances and was making a positive contribution.

“He had some legal allegations before, but the last year he had only been a positive influence on people’s lives, making hit Billboard songs,” O’Hara said. “He has been a kind person. You could look at his face and smile and he was just a normal kid like us … His style is almost hard to explain. He had an angry tone. He meant everything he said, even the most simplistic words. It just came off his tongue like nothing. He was speaking his mind.”

Gavin said unlike other rappers whose songs emphasize buying expensive merchandise, he said XXXTentacion rapped about his emotions.

Brandon Lang, a 29-year-old magazine owner, said XXXTentacion may have had an angry persona in his performance, but in reality he “did good things,” pointing out that he had come home to perform in an upcoming charity show.

“He had all these mistakes that could have wound up defining him but he didn’t let that happen,” Lang said. “That is why he is connecting to all these kids because these kids are going through a really sad time, a sad world. He taught them how to cope.”

The rapper, however, faced serious legal trouble, including more than a dozen felony charges. He was awaiting trial on charges that he allegedly beat his pregnant girlfriend — an allegation he denied.

Spotify and Apple Music removed his music from their curated playlists last month but later rolled back its anti-hate policies after they were criticized by some players in the music industry.

In an interview this month with the Miami New Times, XXXTentacion described his upbringing, which included seeing his mother infrequently and being raised by friends, family and baby sitters. His mother bought him clothes, phones and other gifts. He said he used violence so she would engage with him.

In one video on social media, he said: “If worse things come to worse, I (expletive) die a tragic death or some (expletive), and I’m not able to see out my dreams, I at least want to know that the kids perceive my message and were able to make something of themselves.”

This week, artists across the music industry, including rappers Kanye West and Big Sean, have mourned him.