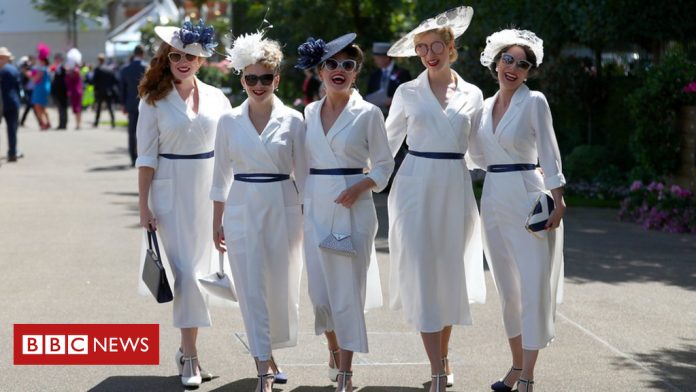 The major fixture of the social season has arrived – it’s Ladies’ Day at Royal Ascot.

Fashionistas and racegoers at the Berkshire racecourse basked in blazing sunshine as temperatures hit a balmy 20C.

Day three of the event is one of the biggest dates in the British fashion calendar, and classy outfits were in abundance as the course welcomed its highest attendance so far.

But it was headwear that took centre stage.

Feathers were a popular choice for many, but other designs ranged from the exquisitely detailed to the outright wacky.

Royal Ascot will continue until Saturday.