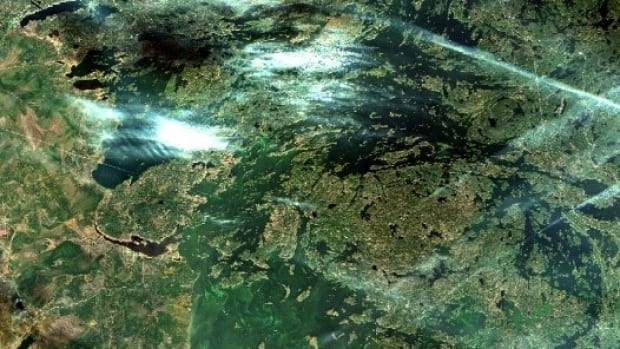 A watershed board focused on protecting Lake of the Woods is calling on Manitoba’s provincial government to reduce the amount of phosphorus running into the basin.

The organization wants the governments of Manitoba, Ontario and Canada to commit to an 18.4 per cent reduction in phosphorus loads to improve the health of the water body.

The 69,000 square kilometre watershed, based primarily in Ontario, Minnesota and a small portion of Manitoba, has been plagued by blue-green algae blooms, according to a recent report on the ecosystem’s health.

Six per cent of the basin is in Manitoba, which drains into the Winnipeg River and the beleaguered Lake Winnipeg, which has been under siege with harmful blue-green algae, said Todd Sellers, a member of the Rainy-Lake of the Woods watershed board.

Too much algae problematic

“Algae isn’t bad — it’s the base of the food chain,” Sellers said, “but too much of a good thing can cause problems.”

He explained an abundance of algae produces toxins that are bad for human and animal health, while impairing the lake’s suitability as a recreational playground.

In an emailed statement to CBC Wednesday, a provincial spokesperson endorsed the 18.4 per cent target, saying it will help support Manitoba’s goal of reducing nutrients such as phosphorous in Lake Winnipeg by 50 per cent.

The Lake of the Woods organization also wants the federal U.S. and Canadian governments to establish binational goals focused on phosphorus reduction and to regularly review the standards in years to come, they said in a news release this week.

The recommendations have been endorsed by the Canadian and American water level committee, the International Joint Commission, which sent it to the federal governments in both countries.

The proposal follows suit with the Minnesota state government, which is in the midst of cutting phosphorus levels by the same 18.4 per cent.

The watershed board wants action from Ottawa before Environment and Climate Change Canada is expected to finish its scientific assessment in 2020, Sellers said.

He believes preliminary measures can be started in Canada based on the research in Minnesota.

“Canada is maybe a year or two behind, but we hope that this recommendation will spur Canada to say, ‘Maybe we can start actions now,'” he said.

In a statement, a provincial spokesperson Manitoba hopes cutting phosphorus loading into Lake of the Woods could help reach the overall goal of reducing Lake Winnipeg’s nutrient load by 50 per cent.