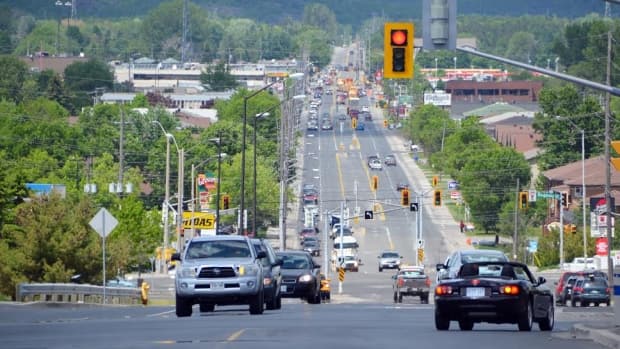 Sudbury is trying to get ahead of the curve when it comes to road safety.

The city’s roads department is looking at the city’s 3,000-plus streets and intersections, and based on its own traffic volume data and collision information from police, is figuring out which intersections could be made safer.

Barrydowne Road at Lasalle Boulevard tops the list of the 20 most crash-prone intersections in Greater Sudbury. Other spots that top the list include Paris Street at Brady Street, and Long Lake Road at Regent Street.

“These are 20 locations where we see the most potential for improvement,” Rocca said. “These are the areas where if we go do some small things … it will make a huge improvement to safety in that area.”

Barrydowne at Lasalle ranked highest because of the sheer volume of traffic, Rocca said.

“You’ve got the New Sudbury Shopping Centre on one corner, two gas stations on the other corner, and Cambrian College just up the road,” he said. “This is an intersection where … there’s a lot of people moving around, whether it’s people walking or on bikes.”

“The more complicated, the busier the intersection is, the more chance there is for some conflicts there,” Rocca said.

The list takes into consideration collisions as well as fatalities, Rocca said. Reports of fatalities and injuries are weighed higher in the data compilation.

According to the Greater Sudbury Police Services, of the seven road fatalities in the city 2017, none occurred at an intersection on the city’s list, though of the seven deaths in 2016, three happened at or near one of the intersections