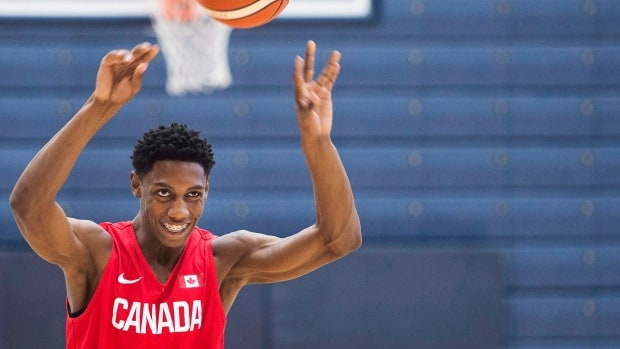 Teenager R.J. Barrett has been added to Canada’s men’s basketball roster for this week’s training camp and exhibition series ahead of FIBA World Cup qualifying.

Barrett, who just turned 18, led Canada to a historic gold medal at last summer’s U19 world championships in Cairo. Teammate Andrew Nembhard, who helped Canada to silver at the FIBA Americas U18 championships last weekend, has also been added to the roster.

The Canadians will host China in a pair of exhibition games on Friday in Vancouver and Sunday in Victoria.

Canada resumes its World Cup qualifying on June 29 with a first-place showdown against the Dominican Republic. They conclude the first round of qualifying when they host the U.S. Virgin Islands on July 2 in Ottawa.

The Canadians have already qualified for the second round, but they carry their first-round record over to the next round.

The World Cup is in September of 2019 in China.