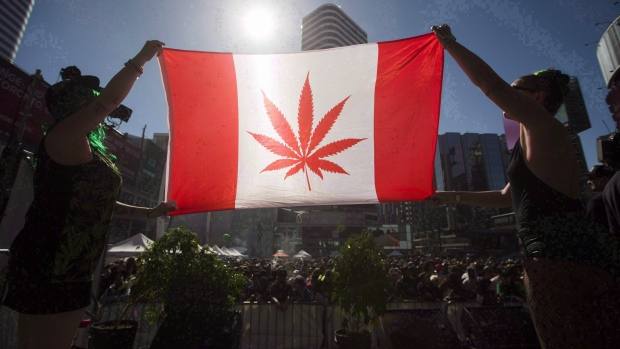 Senators have voted to pass the federal government’s bill legalizing recreational marijuana by a vote of 52 to 29, with two abstentions, paving the way for a fully legal weed market within eight to 12 weeks.

Initially, the government had planned for the bill to be passed by both houses of Parliament in time for retail sales to begin by July 1. That timeline was pushed back after the Senate requested more time to review the bill.

The Senate and the House of Commons battled over the bill for months.

The Senate had proposed 46 amendments to the Cannabis Act. The Liberal government rejected 13 of those proposed changes last week — including one provision that would have affirmed the provinces’ right to ban home cultivation of marijuana.

Quebec, Manitoba and Nunavut all want to forbid their citizens from growing recreational marijuana at home, even once cannabis is legalized federally. The Senate suggested the federal government affirm the provinces’ right to do so in the Cannabis Act.

“One of the strong recommendations by experts was that we ensure personal cultivation of four plants at home,” Trudeau told reporters last week.

“We understand there are questions and concerns about this, and we understand also that it will be important to study the impacts of what we’re doing and whether there can be changes made in three years, but we need to move forward on better protecting our communities.”

A motion was moved today that would have seen the amendment returned to the bill, but senators defeated it by a vote of 45-35.

Some amendments stripped away

Another significant Senate amendment that was stripped from the bill would have created a public registry of investors in cannabis companies. That amendment was crafted by Conservative Sen. Claude Carignan to keep criminal gangs from using offshore tax havens to invest in Canada’s cannabis industry.

Another significant Senate amendment quashed by the government would have banned the distribution of branded “swag” by pot companies, such as T-shirts, hats and phone cases that display a company logo.

On Monday of this week, 205 MPs voted to send the bill, minus 13 of the 46 Senate amendments, back to the Red Chamber for what the government hoped at the time would be one final vote.

NDP MPs supported the bill, while those on the Conservative benches voted against it.