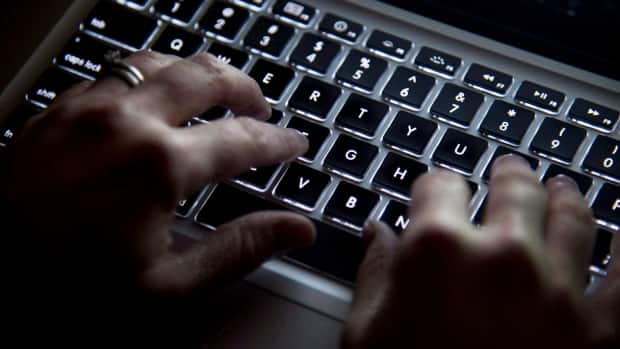 Such scams typically involve the perpetrator befriending their victims on social media, obtaining sexual photos and videos of them and threatening to share them with the victims’ friends and families if they don’t send money or comply with other demands.

On Thursday, Newfoundland and Labrador RCMP issued a statement saying they’ve received “reports of several incidents in the province.”

This came only a couple weeks after Nova Scotia RCMP said they’ve responded to six sextortion incidents since January.

“If you make a video or take a photo and that device has the ability to connect to the internet, the content can potentially be seen by anyone,” said Staff Sgt. Royce MacRae of the Nova Scotia RCMP’s tech crime unit at the time.

“One way to protect yourself from this type of scam is to avoid accepting friend requests from strangers.”

David Fraser, a privacy lawyer at McInnes Cooper in Halifax, said that this kind of extortion is especially damaging, as the perpetrators use their victim’s vulnerabilities to blackmail them into meeting their demands.

He said that he knows of at least one case that resulted in someone losing their job after intimate photos were shared.

“I’ve seen firsthand that it’s absolutely devastating,” he said in an interview on Saturday. “It’s an incredible betrayal. Every one of us has a private life, and this is something that is among the most private, and it’s the sort of thing that can be used for shaming purposes.”

David Fraser, a privacy lawyer based in Halifax, says perpetrators often use their victim’s vulnerabilities to blackmail them. (CBC)

He said that being the victim of a sextortion crime is nothing to be ashamed of, though he added “that does not provide any comfort (to them) whatsoever.”

Victim blaming runs rampant with these types of cases, he said, with victims of such crimes sometimes being told that they shouldn’t have sent the pictures or videos in the first place.

He said that kind of mindset doesn’t help the victim and places the onus of the crime on them instead of the person who extorted them.

“It’s like abstinence-only sexual education: it’s not going to work,” he said. “All you’re doing is making people feel worse.”

Fraser added that he’s worried that many sextortion cases may go unreported if victims feel too ashamed to go to the police due to the sensitive nature of the crime, or if they feel like they’ll be subjected to victim blaming.

“So much of the harm is psychological, and if the process of reporting it is going to compound it, then that’s not helpful,” he said.

The deaths of Amanda Todd of B.C. and Rehteah Parsons of N.S. helped highlight the damaging impacts of sextortion and non-consensual image-sharing, said Fraser.

Todd died by suicide in 2012 shortly after posting a heart-wrenching video detailing her emotional suffering after a man used a topless picture of her in an attempt to extort more intimate images from her. She was 15 at the time of her death.

And Parsons, 17, was taken off life support days after a suicide attempt in 2013 after a photograph of her alleged sexual assault by four boys at a house party in 2011 was distributed online.

Fraser said the tragedies sparked a national and international discussion about police training when it comes to the growing trend of online crime.

“Amanda Todd and Rehteah Parsons were both circumstances in which really bad things, and illegal things, happened to both of them, but the police did not recognize them or take them seriously,” he said.

“That, I think, in large measure, contributed to their ultimate decision to take their own lives.”

Fraser hopes that further discussion and awareness of the issue will help spur officials to deal with these types of crimes in a sensitive, victim-centred manner, as well as make victims feel more comfortable coming forward.

The RCMP said that anyone who feels like they may be a victim of such a scam should immediately cease all contact, refuse to comply with threats, and call the police or the Canadian Anti-Fraud Centre.