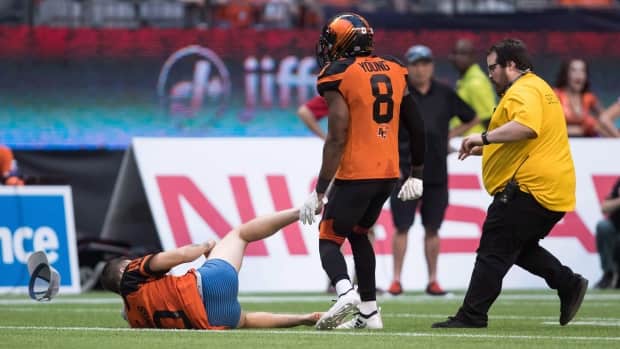 The pantless man who was knocked to the ground by a player after he ran onto the field during a B.C. Lions game has retained a law firm that specializes in personal injury claims.

In a release, Preszler Law Firm says “our client suffered serious injuries, including a mild traumatic brain injury, as a result of being struck violently by B.C. Lions player Marcell Young.”

Hit of the night and reason not to streak or possibly drink at a BC Lions game! <a href=”https://t.co/vtnNx8sGWm”>pic.twitter.com/vtnNx8sGWm</a>

The man, who police say is from Surrey and in his 20s, was wearing only blue underpants and a Lions jersey when he took to the field at B.C. Place during the first quarter of the game against the Montreal Alouettes on Saturday.

He ran around the field for several moments waving his arms and twirling before being knocked to the ground by Young. 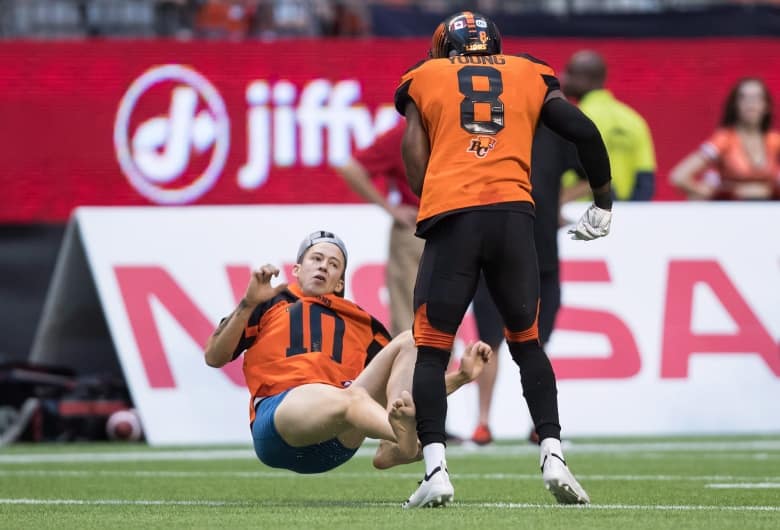 Stadium security guards escorted him off the field.

According to police he was then “transported to the VPD jail as he was unable to care for himself due to his degree of alcohol intoxication.” He was released the following morning.

The man was not charged criminally but was issued a $115 fine for trespassing and banned from B.C. Place for one year.

A spokesman for Preszler Law Firm said their client did not want to be identified.