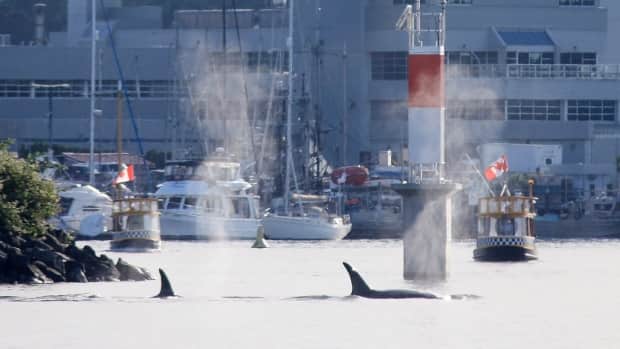 For the second time in 10 days, transient killer whales have been spotted in Victoria’s Inner Harbour.

For marine biologist Anna Hall, the appearances are rare, exciting occurrences — but the “why” behind the sightings is a bit of a mystery.

“It’s tremendously uncommon,” Hall told All Points West host Jason D’Souza about the appearances, the most recent of which happened Sunday.

Hall said transient orcas hunt marine mammals like harbour seals and porpoises, both of which can be found in Victoria’s Inner Harbour — but that doesn’t mean they’re coming for food.

“These are very complex creatures and there could be other things that have drawn them into the region … It could have been out of plain curiosity that’s driven them in there,” Hall said. 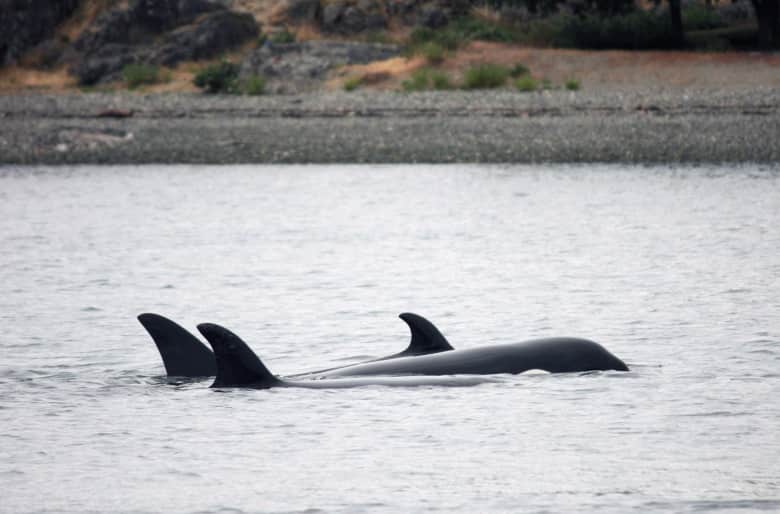 On June 7, at least four of the whales, identified as pod T49A, circled the harbour before moving back out into the Strait of Juan de Fuca. (Submitted by Jackie Cowan/Canadian Press)

Listen to the full story:

It’s the second time in 10 days the whales have made an appearance in Victoria’s Inner Harbour and a marine biologist says the reasons why are a bit mysterious. 8:07

With files from CBC Radio One’s All Points West