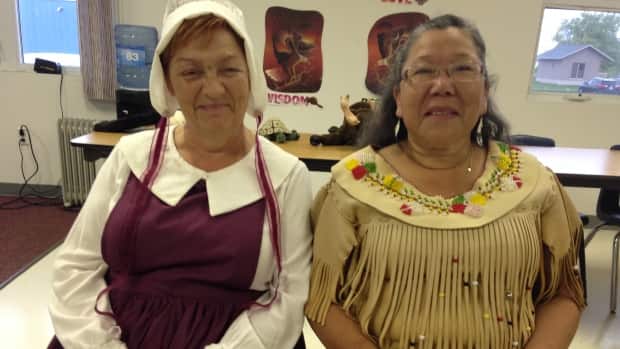 Two women are taking to the stage to teach New Brunswickers about a little-known interweaving of two of its defining cultures.

“We’re showing how when the Acadian people came here the Mi’kmaq people welcomed them, took them in, saved their lives, gave them medication they needed — and how the bond is still there,” said Colleen Gauvin, an elder from Eel River Bar First Nation.

She and Raymonde Balfour, an Acadian from Campbellton, are preparing a play about this century-long friendship.

The production, which they hope to debut in late August, was inspired by workshops the two conduct in schools around the region, called Two Nations Teachings.

While the history of both peoples is riddled with tragedy, the pair wishes to shine a light on at least one positive aspect.

The point isn’t to gloss over the painful realities of history, but instead to allow children to understand their cultures through a broader lens.

Gauvin believes the friendship between the Acadians and the Mi’kmaq isn’t well known but should be reaffirmed in modern times.

“It was so strong. It needs to come back,” she said.

She said she’s proud that the Mi’kmaq are responsible for so much of the province’s history.

“Now is the time for us First Nations people, Mi’kmaq people especially, to take our rightful place in society,” she said.

“If we can help even some children to learn respect, to be kind to each other, I find my life is worth it.”

The production will be divided into a trilogy and focuses on 150 years beginning in 1604. It follows a series of conversations between a First Nations woman and an Acadian woman, divided by scenes of coexistence and celebration. 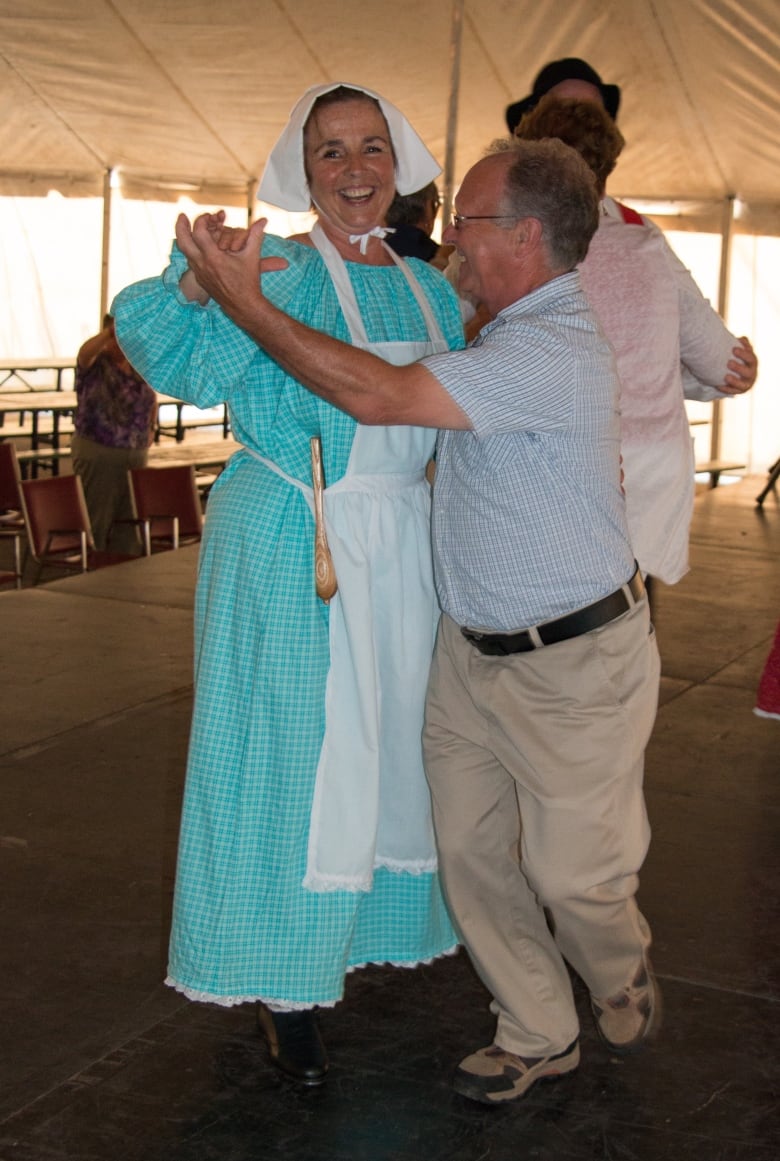 An Acadian dance that will help divide up the series of conversations found throughout the play. Approximately 20 people are part of the production. (submitted)

“In the first meeting, we talk in the past,” Balfour said. “She talks about how she lived before we came.”

Later, the Acadian woman tells the First Nations woman how scared her people were when they first landed on the strange shore. The Mi’kmaq questions the Acadian woman about her fears when, “mother earth is there.”

It’s the story of the two cultures growing together, but wraps up with both saying goodbye and moving to a new land.

The first of the three plays is planned for the Restigouche River Experience Centre.

But Gauvin said she hopes people are moved to deeper realizations.

“‘[That] these people had a wonderful way of life,” she said. “It had meaning.”