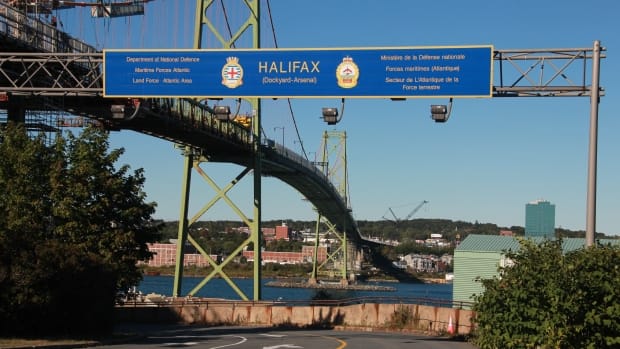 A witness at the court martial of a Halifax-based military police officer says the immediate chain of command decided to keep an alleged sexual assault “in-house” at the complainant’s request.

The witness was the senior non-commissioned officer (NCO) at a Royal Canadian Navy exercise in Glasgow, Scotland, in September 2015.

He told the court martial of Sgt. Kevin MacIntyre that the complainant told him about the alleged assault at a Glasgow hotel and showed him bruising on her inner thighs a few days after the alleged incident.

Bruising the size of a tennis ball

He described the bruising as the size of a tennis ball.

The NCO testified that his immediate superiors were told about the allegations.

“We decided to push it higher,” he said, adding that a decision was made to keep it “in-house.”

He was asked by prosecutor Lt. Jennifer Besner what he meant.

He said the complainant appeared distraught in the following days.

“She was shaken and she was worried,” he said. “She wasn’t herself.”

The officer made a formal complaint in March 2016. MacIntyre has pleaded not guilty to the charge.

In cross-examination, defence lawyer David Bright continually questioned the NCO’s memory, and asked him whether he took any pictures or notes to document what was described as a “serious incident.”

“Was there anything stopping you from doing that?” Bright asked.

Again the reply was no. Besner later asked the NCO to explain why no record was kept.

“[The complainant] didn’t want anybody to find out what had happened or any information out there, so just I respected her wishes not to get involved and let sleeping dogs lie.”

The woman, whose identity is protected by a publication ban, testified Monday she awoke to find MacIntyre in her bed. She said she hadn’t slept for about 36 hours after travelling from Canada and going straight to work in Glasgow on Sept. 26.

She told the court martial that she didn’t scream or yell during the alleged assault, but told MacIntyre “no” as she was forced to continually remove his hand from her lower extremities “10 to 15 times.”

She said he eventually penetrated her. The complainant said she believes she “just froze.”