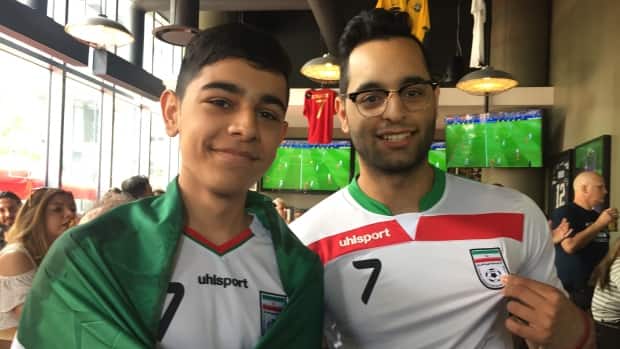 They’re not available from FIFA’s online store, unlike all the other team jerseys in the world’s biggest sports tournament, because the Iranians couldn’t get a major sports apparel brand to sponsor them and ended up having to buy their shirts from Adidas. They even had to customize their jerseys themselves. 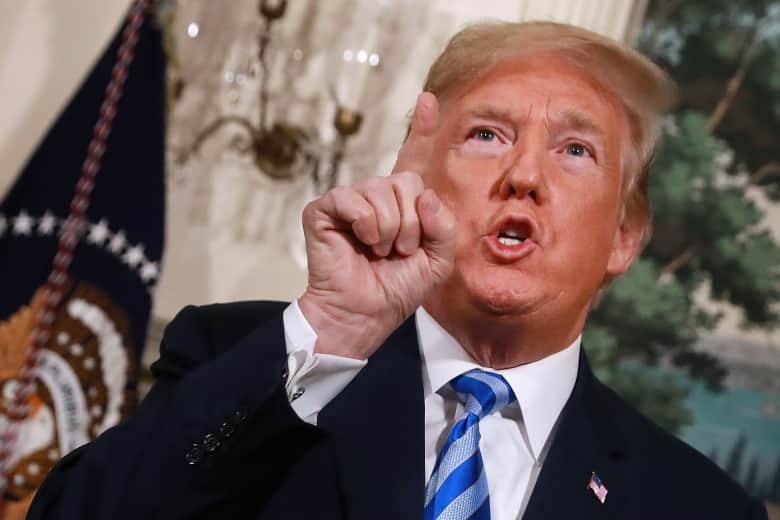 U.S. President Donald Trump announces his decision to withdraw the United States from the 2015 Iran nuclear deal in the Diplomatic Room at the White House May 8, 2018 in Washington, DC. (Chip Somodevilla/)

So, why are the Iranians the sponsorship orphans of this World Cup?  Because the U.S. reimposed economic sanctions against the country in the wake of President Donald Trump’s controversial decision to pull out of the Iran nuclear agreement.

Trump’s move also led Nike to back out as a cleats supplier for the team. 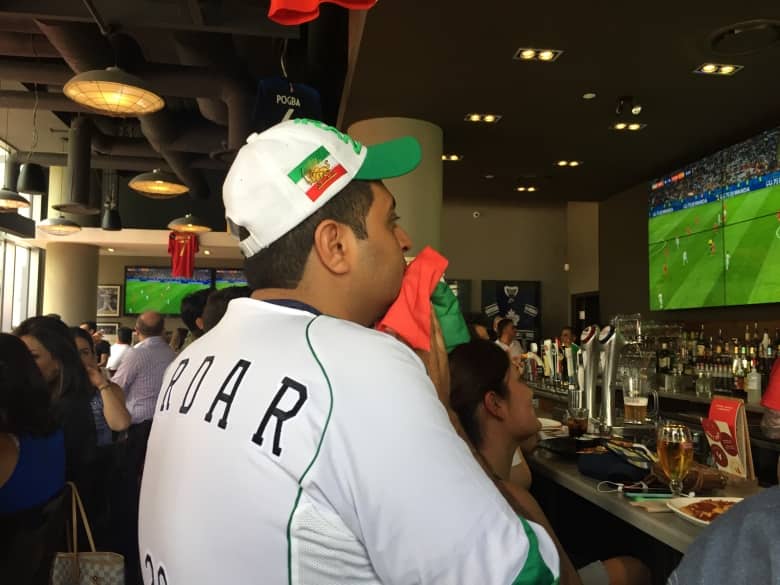 Bob Lotfi clutches the Iran flag as he watches the game against Spain Wednesday, wearing a jersey from the 2014 FIFA World Cup. (Lorenda Reddekopp/CBC News)

For some Iranian Canadians, to be labelled a pariah by Trump just instills a greater sense of pride in the team.

“As much as [the players] hurt, we just get more proud,” said Amir Alikhani, who runs Papa’s Cafe, which broadcasts the Iran soccer games on a large screen. It’s located in a strip mall filled with Persian businesses on Yonge Street south of Steeles Avenue in North York.

Shaun Zandnia, 23, and his brother Bobby sported matching Iranian team jerseys from the last World Cup tournament as they watched Iran’s 1-0 loss to Spain Wednesday, together with dozens of other Iranian supporters.

‘Everyone’s counting us out’

“It’s a little tight now,” Zandnia conceded, pulling at one of the sleeves of his four-year-old shirt.

For Zandnia, the political controversy just builds his pride in the Iranian team. “One hundred per cent,” he said. “We’re underdogs. Everyone’s counting us out, even these big corporations.” 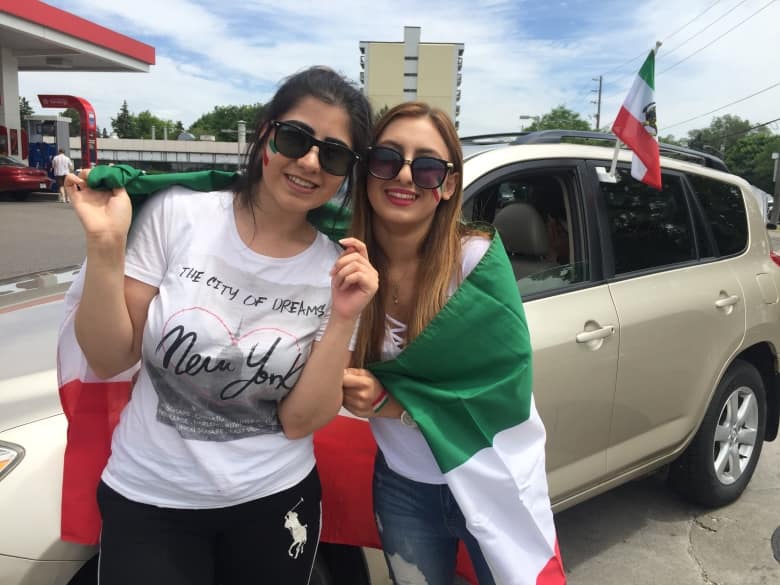 Nazanin Nobari, left, like many Iran supporters, wraps herself in the Iran flag. (Lorenda Reddekopp/CBC News)

While official jerseys may be hard to find, Iranian flags are everywhere along the northern stretch of Yonge Street in Toronto, a neighbourhood sometimes referred to as Tehranto, a play on the name of Iran’s capital, Tehran.

Nazanin Nobari and her friends covered themselves in the flag before Wednesday’s match, with the country’s colours painted on their faces, a large flag to wrap around themselves and a small one flying outside their vehicle.

“It’s not fair,” Nobari said of the decision by Nike. She laughed, though, as she pointed down at her running shoes: grey Nikes. 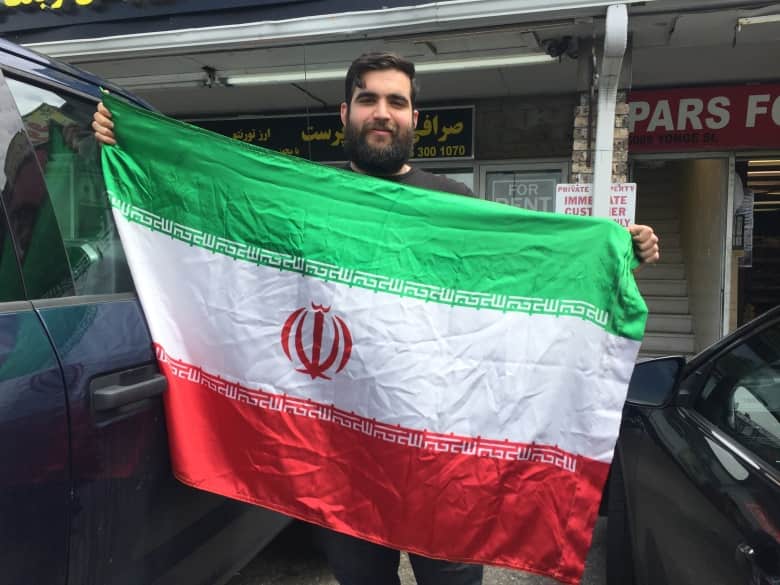 “It’s all politics. I think they’ve got to put it aside when it comes to the games,” said Korosh Asli. “They’ve just got to let the boys play soccer… You can’t use that stage to enforce your policies on anyone.”

The fun will hit an extra level of intensity for the team’s next match this Monday. They’re taking on Portugal, a much higher-ranked team, looking for a slim chance to make it to the next round.