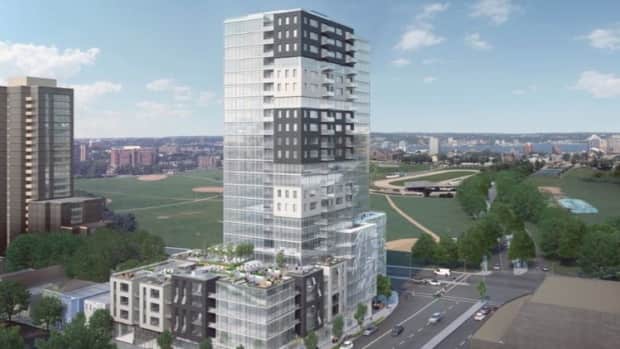 Halifax Regional Council has voted to allow a 25-storey apartment building at the corner of Quinpool and Robie following a public hearing last night.

To do so, council voted to make an exception to its current bylaw to allow for the height of the Willow Tree Tower.

“We’re happy. We’ve been trying to get to this point for four years,” said Adam McLean, a vice president with developer Armco Capital.

But the 10-6 city council decision left many residents at the meeting — including a former city councillor and a city staffer — shaking their heads.

The controversial development was initially proposed as 20-storey building, only to be rejected in favour of an even taller structure. The developer suggested if council allowed a 25-storey building instead, it would include 10 to 20 affordable housing units.

Affordable housing means the units would be 40 per cent less expensive for a 15-year period.

Jennifer Fox was one of more than 20 neighbours in the area who spoke against the Willow Tree Tower on Tuesday.

“I moved here from Vancouver two years ago, where in the absence of a city-wide plan, the mayor and council there began approving developments like these through spot rezoning,” she told the public hearing.

“I don’t think I have to tell any of you what’s going on on the West Coast of Canada. It’s a complete disaster. It’s at crisis level.”

Many community members told council it was bending its own rules, as the city is currently drafting a Centre Plan that wouldn’t allow a building of this size. 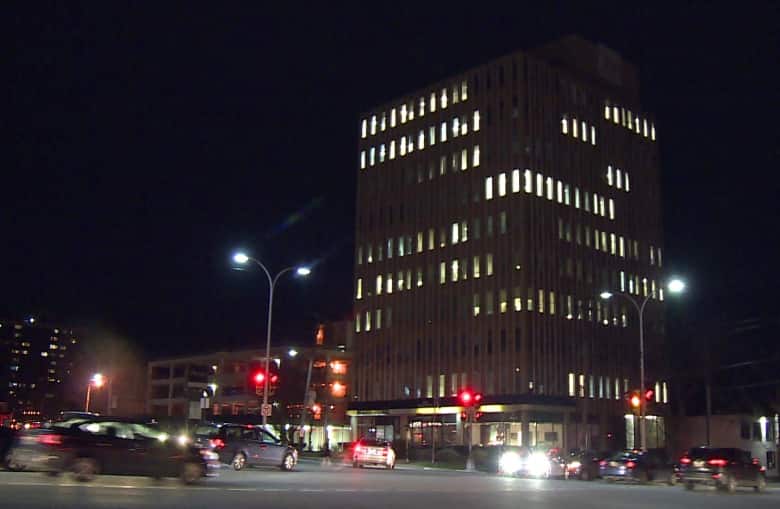 The Willow Tree Tower is a proposed building for the corner of Robie Street and Quinpool Road. A parking garage and an office building occupy the space now. (Anjuli Patil/CBC)

“Why is it that council is even considering a proposal that so many of the residents simply do not want? That makes no sense to me,” Epstein asked city council.

“Every week I see in the newspaper a notice that council is considering a site-specific change in the rules. That mode of making decisions is not good planning.”

‘Bringing density to the peninsula’

City councillor Shawn Cleary voted in favour of changing the bylaw, citing the need to bring business and residents to Quinpool, something he said the apartment unit will do.

“We don’t build buildings because of public opinion. We build them for good planning,” he said, pointing to the high demand for apartments in Halifax right now.

“We’re bringing density to the peninsula, and especially Quinpool Road. And so I think this is a good thing for us.”

“In terms of the design, I think we’ve mitigated most of the concerns,” Cleary said, referencing the four years Armco Capital has spent tweaking the design.

Of particular worry was whether the building would create shadow and wind issues, especially over the Halifax Common.

For it’s part, Armco Capital said design changes were made, included changing the two-tower design to one, narrower building.

McLean also told the public hearing the company had made other changes to the design including widening sidewalks, looking to bury electrical wiring, and will include a number of affordable housing units. 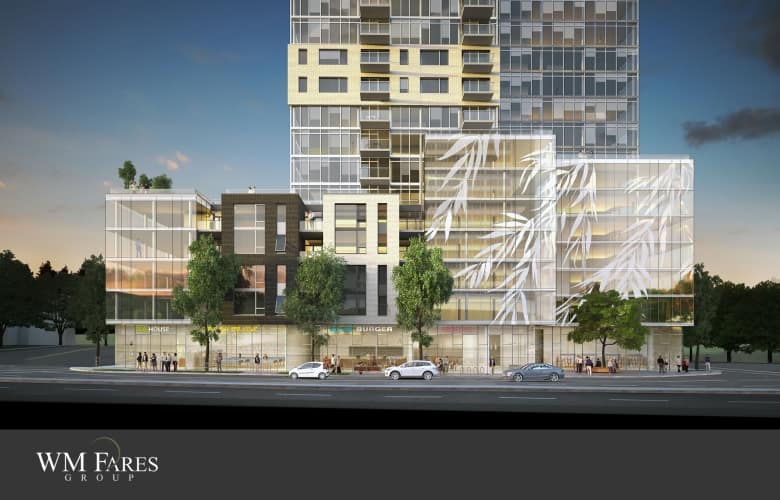 The controversial development was initially proposed as 20-storey building, only to be rejected in favour of an even taller structure. The developer suggested if council allowed a 25-storey building instead, it would include 10 to 20 affordable housing units. (Submitted by Armco Capital)

Though Armco has agreed to include between 10 and 20 affordable housing spaces, city staff said under the draft Centre Plan the company would have been required to provide 27 spaces.

“We’re happy … there’s been a lot of changes, a lot of variations along the way, but we’re happy with the end result and we’re looking forward to moving forward with it,” said Adam McLean with Armco Capital.

“We’ve taken everything we can through the process from the public in terms of feedback, that we can incorporate,” he said.

McLean said now the height and width of the building have been approved, the next steps will include determining building materials and where parking will go.

“We really see it being a mix of everything from a university student, to a young professional, to an older couple,” he said.