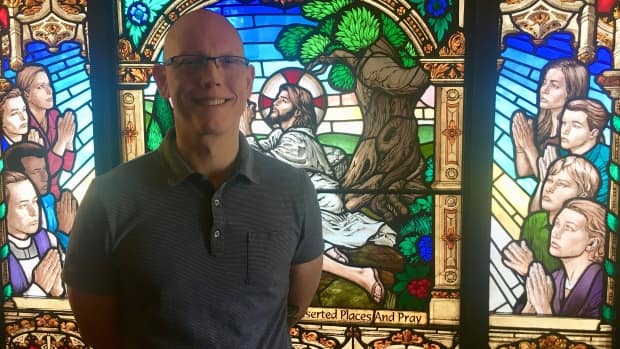 David Finch has gone to church from time to time his whole life, but lately the renowned comic book artist has been so drawn to his faith that he felt compelled to use his talents in a new way.

He pitched the idea of making a stained glass window for the Church of the Ascension in Windsor, Ont. – his church.

“There’s something more out there. There’s a purpose,” said Finch. “And I resisted that in my own life for a long time. Now that I feel like I’ve found that and I’m finding that, it’s been great for me.”

“So I wanted the chance to try and give something back and really, the only thing I know how to do is art,” he added.

(His fans know his artwork well – he’s illustrated for DC and Marvel. He is best known for drawing Batman and the Avengers. He’s even in the credits for the Hollywood blockbuster Avengers: Infinity War.) 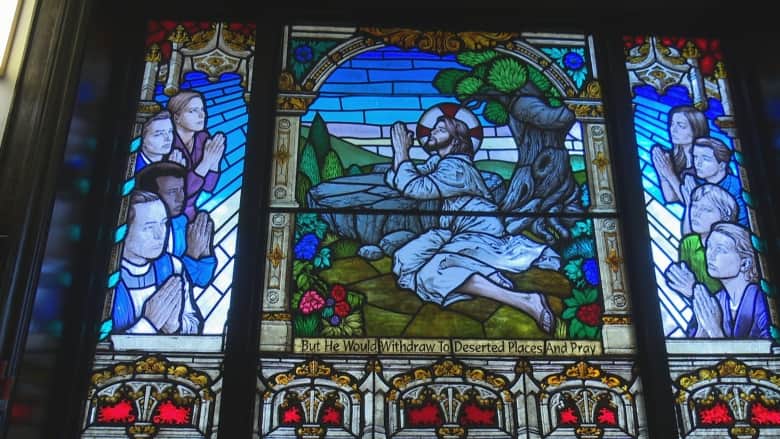 The caption at the bottom of the artwork says “But He Would Withdraw To Deserted Places And Pray.” (Arms Bumanlag/CBC)

Built in 1893, Finch’s Windsor church is celebrating its 125th anniversary this year and was wanting to create something special and enduring to mark the occasion.

The parish council decided that a prayer room was needed and Finch’s offer to volunteer his time to create a stained glass window fit in with the plan.

That said, the church folk — who were paying for the materials — weren’t quite sure what to expect. They knew he was talented, of course.

But stained glass is a long way from the pages of a comic book.

“We talked about what kind of theme we wanted to have in the window, so we talked about a few different ideas,” said Rev. Canon Lance Smith, the rector. 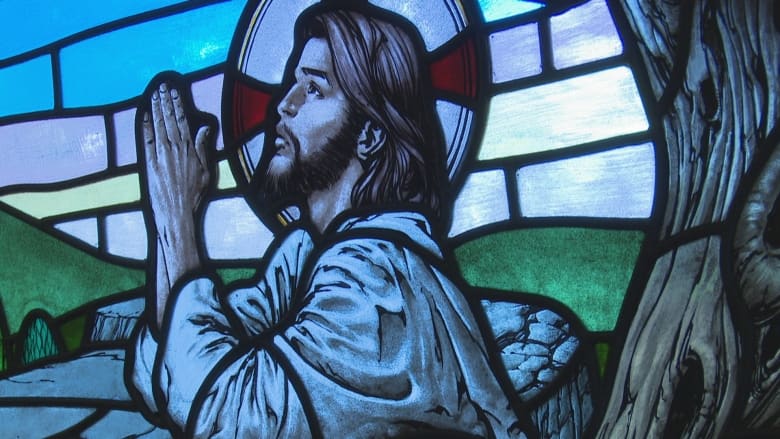 “I gave Dave a number of passages of [Bible] scripture to mull over and to read [the Gospel of] Mark and to ‘inwardly digest’ as we say in the Anglican tradition,” said Smith.

Finch said the creative process really wasn’t much different than illustrating a comic. He gets a description from a writer then he needs to figure out how to translate that onto a page.

“Any piece that you do needs to convey a message and a mood and this was really no exception,” he said.

“I wanted something very peaceful. I can be a little introverted so I think going off somewhere to pray sounded nice to me.”

The centre panel is a picture of Jesus praying. 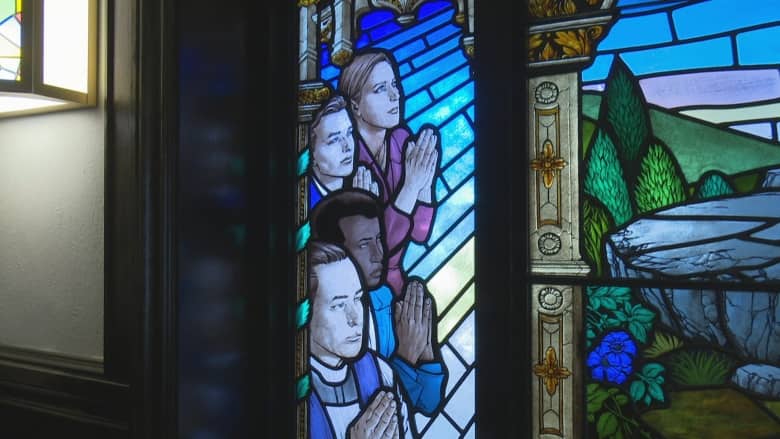 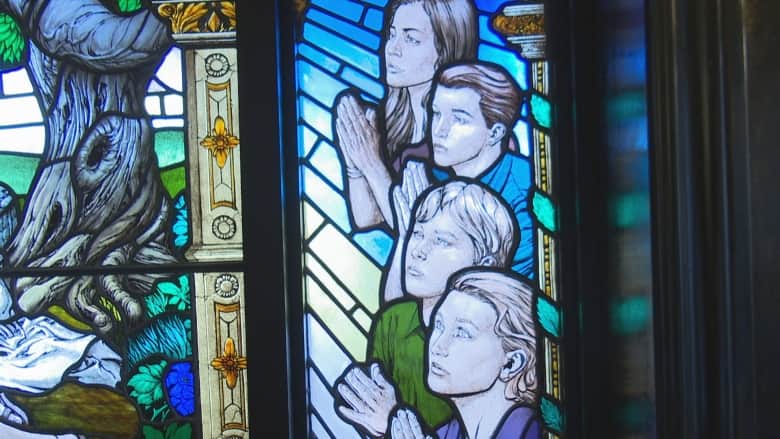 But both Finch and Smith also wanted to represent the diversity of people coming to church. Smith suggested side panels with “modern people.”

Finch said he could never have done the work without the help of Sunrise Stained Glass in London, Ont.

He designed the work and was involved in creating each piece of glass, which is a multi-step process to create the shading and involves repeated firing in a kiln.

Rather than painting, where you layer the paint, this involves “matting” which means removing paint, Finch explained.

Workers at Sunrise advised him along the way and did the leading.

He spent a month in London to finish the project.

David Finch has gone to church from time to time his whole life, but lately the renowned comic book artist has been so drawn to his faith that he felt compelled to use his talents in a new way. 1:05

The rector for Church of the Ascension said the work has received rave reviews when it was installed over the past couple of weeks.

“God gives each and every one of us gifts and talents,” said Smith, adding the church is stronger when everyone contributes. 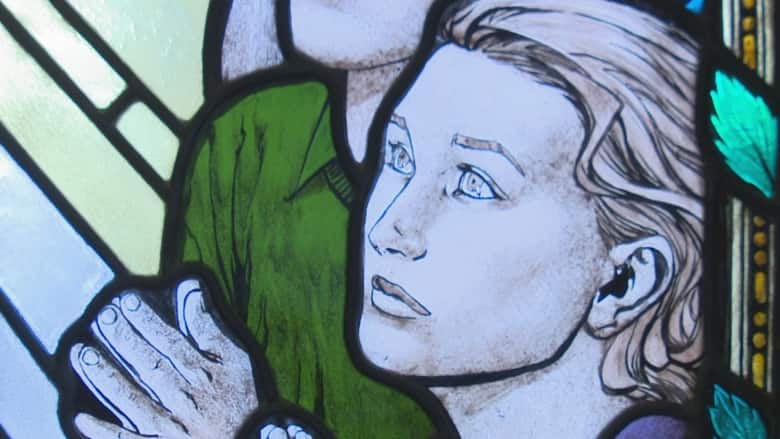 The comic book influence is clear the closer you get. (Arms Bumanlag)

For his part, Finch said he’s proud of the work.

He credits his wife Meredith Finch, a comic book artist in her own right, for pushing him to go to church more often.

“It’s a great feeling knowing the window is going to be there for the life of the church and hopefully that’s a very, very long time,” he said. “It just feels so permanent compared to a Batman comic that comes out and a month later, everybody’s forgotten and they’ve moved on the next story.