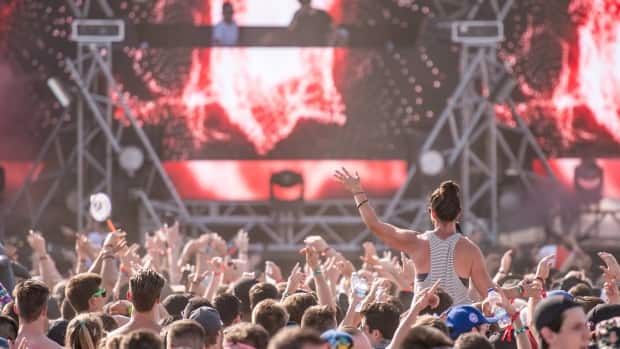 An Ottawa city councillor is cautioning his colleagues on the environment committee to practise what they preach before forcing festivals to recycle.

Coun. Riley Brockington asked city staff to begin consulting with festivals about the best way to institute a policy that would see any event with more than 500 attendees provide on-site recycling facilities.

The motion passed by a slim margin of five to four, with councillors Scott Moffatt, Jeff Leiper, Michael Qaqish and Rick Chiarelli opposed.

City council will debate the idea next week.

Moffatt, the councillor for rural Rideau-Goulbourn, said it’s hypocritical for the city to force festivals to provide recycling facilities.

“We aren’t pushing our own internal agenda to get it done in our buildings,” he said.

He said the city isn’t leading by example when it comes to diverting waste from landfills, and is instead placing an unfair burden on festival organizers.

Waste generated at festivals is considered commercial, which means it’s outside the city’s jurisdiction. The municipality is only responsible for garbage and recycling collected from homes, and from its own facilities.

Festivals have to pay private companies to take their recyclable and compostable garbage away.

He said many city facilities, including buildings and parks, don’t have recycling facilities. He said the city should focus on more substantial environmental initiatives within its own purview before imposing rules on others.

To drive that point home, he noted that as festival representatives left the committee room at city hall Tuesday, they had difficulty finding a recycling bin to toss their coffee cups into.

Brockington originally asked for a report on the best way forward by next spring, with the goal of having mandatory recycling in force by the 2019 summer festival season. But industry representatives said that would not be enough time to implement recycling plans.

She said festivals are keen to recycle, and many events are already doing it. Some even have volunteers bring their blue and black bins from home so recyclables don’t end up in landfills.

But with “razor-thin” profit margins, many smaller festivals won’t be able to cope with the cost of recycling, she said.

Brockington agreed to wait for city staff to complete the consultation before deciding on an implementation date.