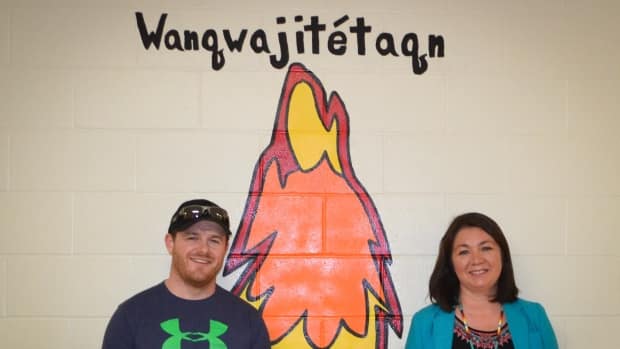 Thorne is among a group of teachers taking Mi’kmaq language classes from principal Dawn Stevens after classroom duties are done.

Sometimes when he practises speaking Mi’kmaq during the day, Thorne’s students turn the tables and help him learn the language.

“So they’re also sort of taking on the role of teacher, teaching the teacher.” 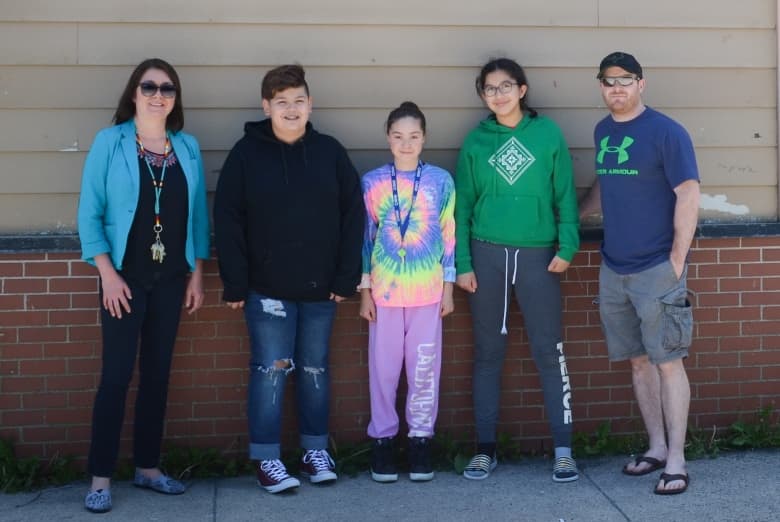 Thorne picked up a little bit of Cree in his first job as a school teacher. He’s been in Eskasoni for seven years and has been learning the language his students are also learning for the last three or four years.

“I have a bit of a reputation of knowing the language now,” he said. “I’m definitely not fluent. I want to get conversational, but the kids sort of have an idea now that I speak Mi’kmaq, and they like it.”

Students don’t often remark on his interest in the language, said Thorne, but they warn each other that he’s learning and they need to watch what they say around him.

They also respect his willingness to learn and to use the language in everyday situations.

“I have a great rapport with my students,” Thorne said. “They trust me. We just have a good working relationship.

“It always makes them more accepting, or welcoming, in a way.”

Stevens said it’s not only students who appreciate Thorne’s efforts.

“Tyler has a great effect on our staff in our building,” she said. “The little things that he says in the morning … he’ll often comment about the weather when he comes inside the building, and it really puts a smile on our faces.”

“We’re really in a rough spot when it comes to our language,” Stevens said. 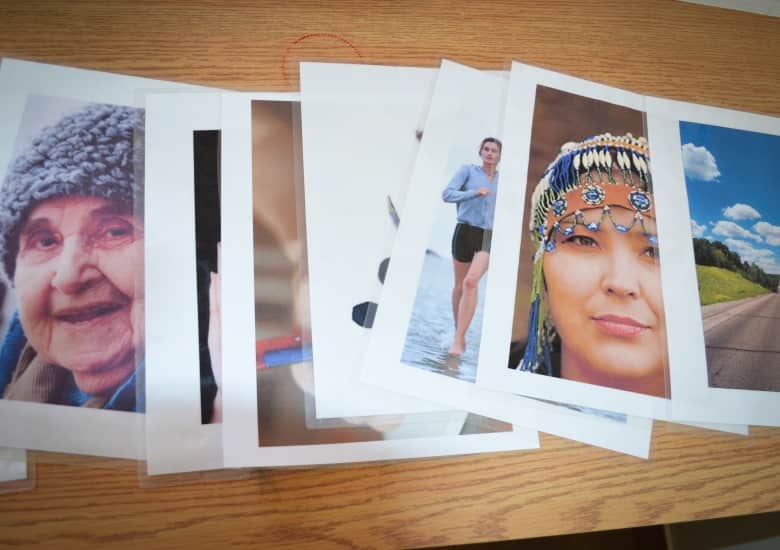 Mi’kmaq is not a particularly easy language to learn, she said.

The language deals in concepts rather than having a definite grammatical structure. As long as the nouns and verbs are correct, the order doesn’t necessarily matter, Stevens said.

That’s why she teaches Thorne and several other teachers using picture cards that have no printed words on them. Stevens said it’s easier to remember the sound of a word if it is associated with a picture.

And that approach is working with the school’s students, as well, she said. Many students who use the cards in class enjoy it so much, they are asking if they can use them afterward.

“They see it as a reward,” said Stevens.

Watch out Sky! Some broadband users are being offered satellite TV for free: Report

Next Apple iPhone set for one of its biggest-ever changes: Report