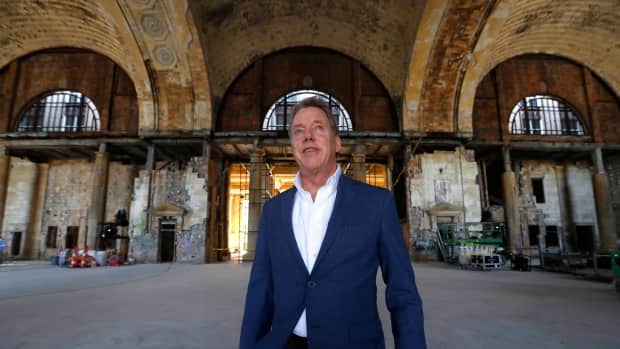 Bill Ford looks past the tons of paint, plaster and steel needed to remake Detroit’s blighted Michigan Central train station and sees more than just an iconic building in desperate need of a makeover.

The executive chairman of Ford Motor Co. and great-grandson of founder Henry Ford envisions the future of the carmaker’s foray into self-driving vehicles.

Ford Motor Co. is embarking on a 4-year renovation of the 105-year-old depot and 17-story office tower just west of downtown. The massive project is expected to increase the automaker’s footprint in the city where the company was founded, provide space for electric and autonomous vehicle testing and research, and spur investment in the surrounding neighbourhood.

Ford will be reclaiming a derelict 20th century landmark, but it also will be using some iconic Motor City real estate to embark on a 21st century venture.

“This had to make business sense for us,” Bill Ford told The Associated Press on Thursday. “We couldn’t just do this as a philanthropic endeavour. It really will become a statement for us and a great recruiting tool for the kind of talent we’re going to need to win in the autonomous vehicle war.” 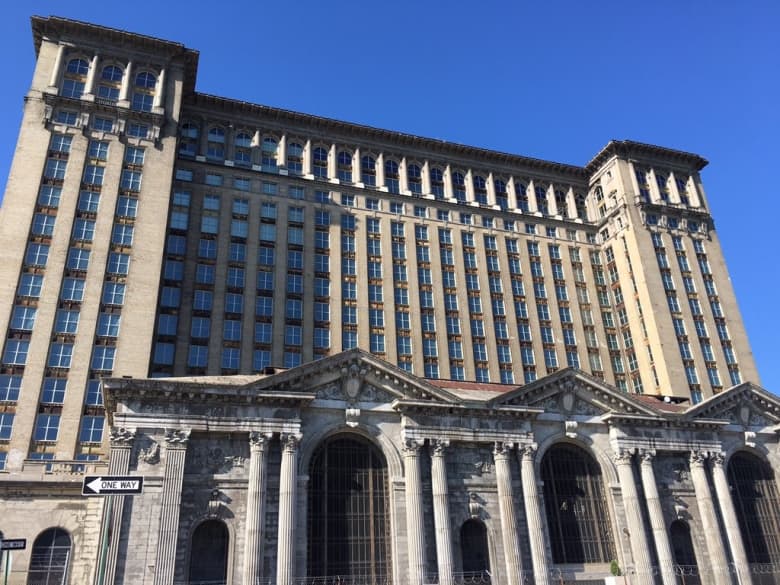 The iconic Michigan Central Station, that’s sat vacant for a number of years in downtown Detroit, will see a new life thanks to Ford Motor Co. (Chris Ensing/CBC)

The company has said it aims to have a self-driving vehicle on the market by 2021.

The building’s sale was announced last week. The company will announce details of the renovation and its plans Tuesday.

Bill Ford declined to say how much it cost to buy the 500,000-square-foot (46,450-square-meter) building from Manuel ‘Matty’ Moroun or how much the carmaker expects to spend fixing it up. An unrelated 2004 plan to convert the train station into Detroit’s police headquarters was expected to cost more than $100 million.

The money for Ford’s project is coming from a pool set aside in 2016 to update the automaker’s headquarters in nearby Dearborn, Mich., though the company will also seek tax breaks and other incentives.

“We had to make sure that this actually could fit into our existing budget, and thankfully it did,” Bill Ford said. 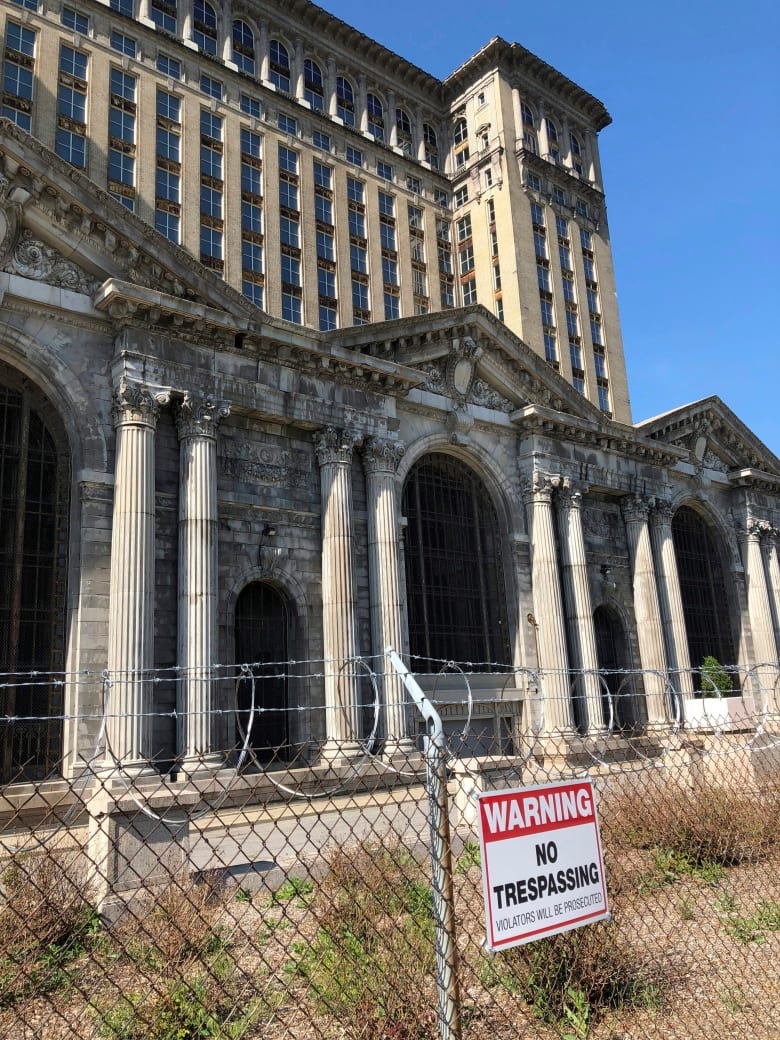 The train station opened in 1913 and for decades was the hub of rail transportation into and out of Detroit. Travelers and visitors marveled at its robust columns that stretched to an ornately tiled ceiling. But passenger rail travel waned as road and air travel got easier, and the last train left Michigan Central in 1988.

It appears Detroit’s iconic Michigan Central Station will not only be saved, but will be completely made over. This comes as great news to former Detroit Free Press reporter and author Dan Austin. 8:30

Scrappers stripped the vacant building of its metal and the thousands of broken windows allowed the elements to damage the walls, floors and ceilings, depressing the property’s value.

Along the way, Detroit slid toward fiscal collapse. The population has dropped by more than one million people since the 1950s. Tens of thousands of homes were left abandoned even before the city tumbled into and out of bankruptcy several years ago. 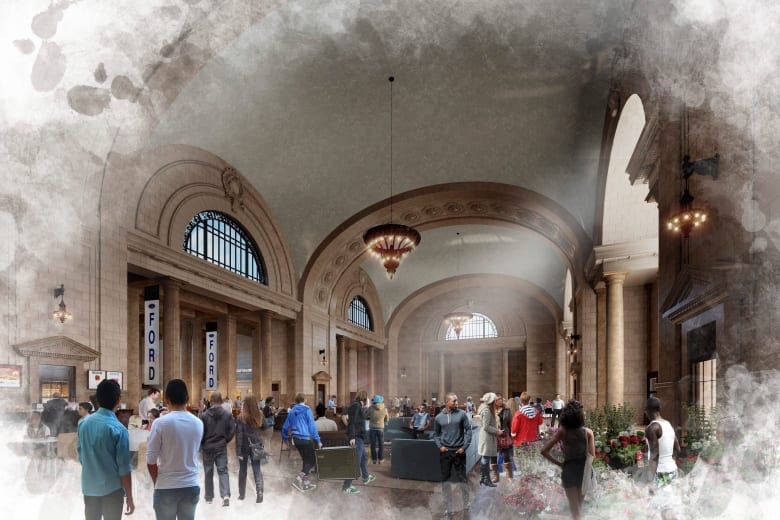 “It always really bothered me whenever you’d see a national story about the decay of Detroit” photos of the train station often were used, Bill Ford said while sitting in the depot’s cavernous passenger waiting room.

“Then I started to think: ‘What if we could buy it, rehab it and not just make it a beautiful building — which we’re going to do — but make it something more?”‘ he said. “Make it really part of the reinvention of transportation for the future.”

The rehabbed office tower will have room for about 5,000 workers, at least half of whom will be Ford’s. Restaurants, coffee shops, taverns and retail will fill the depot.

“My vision is this becomes a gathering spot for people who want to meet family or friends and grab a cup of coffee or quick lunch or dinner and then go off and do something else in Detroit,” Ford added.

“I want them to feel that this is going to be a really wonderful spot to be in, and that they will get excited about coming here.” 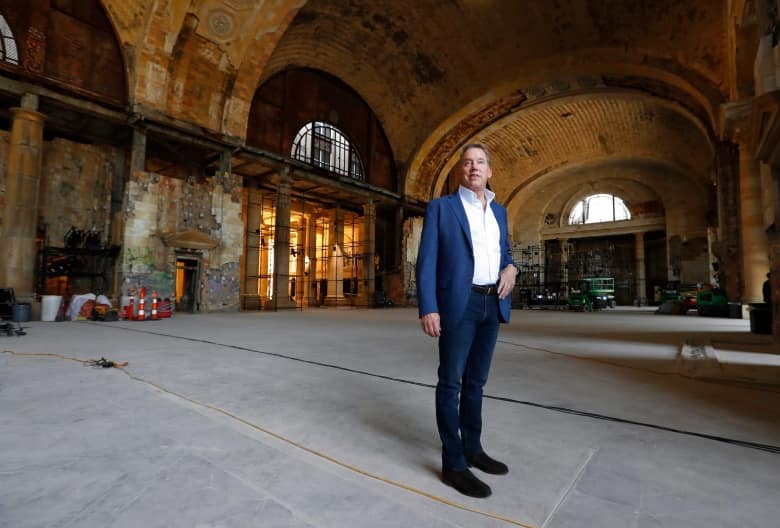 Bill Ford Jr. said he wants the new space to be a meeting place for residents in Detroit. (Paul Sancya/Associated Press)