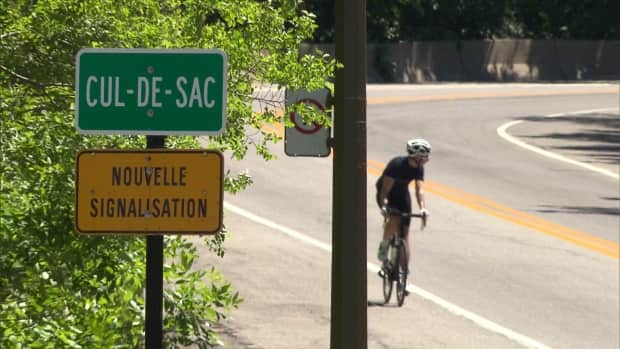 Measures introduced by the City of Montreal to limit traffic on the mountain do not address one of the primary issues identified by the Quebec coroner’s office in the death of a cyclist last fall.

In a report published Monday on the death of 18-year-old cyclist Clément Ouimet, Dr. Jean Brochu said the layout of the east-facing lookout, which only allows drivers access from the west, encourages motorists to make unsafe manoeuvres.

“It is simpler and faster to make a U-turn on Camillien-Houde Way,” Brochu said in his report.

Ouimet, an accomplished cyclist who often trained on the mountain, was coming down Camillien-Houde Way headed east when he collided with an SUV driven by a tourist who was making an illegal U-turn. 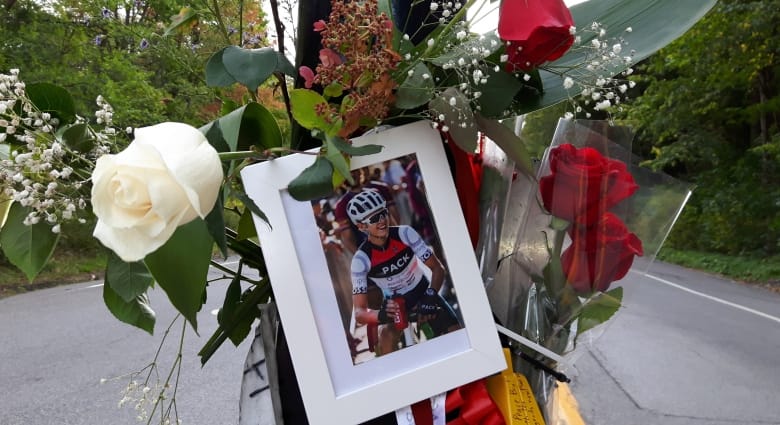 Clément Ouimet often trained on the mountain and knew the details of the route well, the coroner’s report states. (Loreen Pindera/CBC)

The coroner’s report said that the SUV driver had pulled over to the right side of the road to give himself enough room to execute the U-turn.

The cyclist collided with the vehicle as the driver pulled back into the active lane to turn around.

“The SUV’s maneuvre probably surprised the cyclist, whose rear wheel left a braking mark of less than a metre on the asphalt,” Brochu wrote.

Quebec’s director of criminal prosecutions announced earlier this year no charges would be laid against the tourist behind the wheel of the SUV.

Ouimet was thrown from his bike and later died in hospital. The coroner’s report lists his death as an accident. 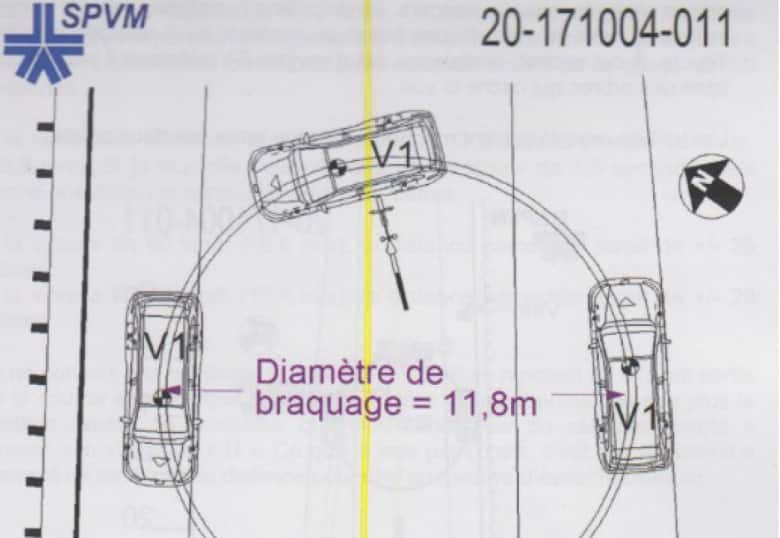 This SPVM document shows the trajectory of the SUV that was making a U-Turn when it collided with the cyclist. (Quebec coroner’s office)

In the wake of the fatal crash, Montreal moved to make changes to better protect cyclists on the mountain and protect the surrounding park.

It included a controversial pilot project, which came into effect on June 1, that prevents vehicles from using Camillien-Houde as a means of cutting across the city.

The plan has faced stiff criticism, including a petition signed by thousands of residents.

Opponents argue that blocking Camillien-Houde Way will reduce access to the mountain and create a barrier between the city’s east and west ends.

A public consultation process on a permanent solution is scheduled to take place this fall.

The coroner’s report cites the debate surrounding safety on the mountain and said that a solution “is not easy to find.”

However, Brochu also poses questions about the safety of the lookout which are not addressed by the city’s traffic-calming measures.

Only eastbound drivers can access the lookout, which is located on the Plateau side of the mountain. That means westbound drivers must drive several hundred metres past the lookout to the parking lot near Smith House before there is an opportunity to turn around.

The SUV driver whose illegal U-turn led to Ouimet’s fatal crash had been travelling eastbound but attempted to turn around just before a concrete barrier that separates the east and west lanes of Camillien-Houde, about 200 metres past the lookout. 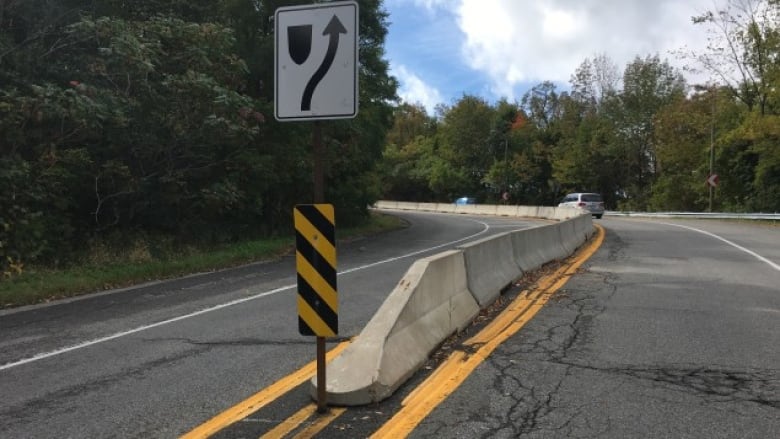 The collision took place as an SUV attempted to make a U-Turn just past the end of the concrete barriers separating the east and west lanes. (Julie Marceau/Radio-Canada)

Brochu’s report does not offer recommendations on how to make this route safer for road users, but the coroner does ask if it’s not time to address the issue of access and restrictions for vehicular traffic.

“Is it still necessary to allow access to the vehicle lookout?” Brochu asks.

“If the answer to this question is yes, then how do you find a way to access and exit it from both west and east?”

Brochu’s sole recommendation is that the city “put in place the most appropriate measures to ensure the safety of vulnerable users in the traffic lanes of Mount Royal Park.”

According to figures from the Montreal police, there have been three crashes involving cyclists and vehicles at the same point just beyond the lookout since 2015.