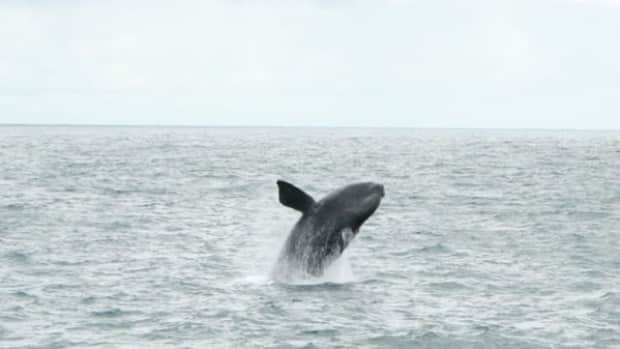 For the third time this decade, one of the world’s rarest whales has been spotted off the B.C. coast, but scientists say it’s too early to know if the species is recovering from being hunted to near extinction.

The crew aboard the Canadian Coast Guard Ship Vector caught sight of the young North Pacific right whale while doing a shellfish survey west of Haida Gwaii earlier this month, according to whale biologist John Ford of Fisheries and Oceans Canada.

“It was jumping in the air and breaching and carrying on, and when we saw the photographs they sent down, it was very clear that this was actually a North Pacific right whale,” Ford told Carolina de Ryk, the host of CBC’s Daybreak North.

“We were thrilled, because the species is so rare that until 2013, when we had two sightings … we thought that the species didn’t exist in Canadian waters anymore.”

The species is endangered in Canada, and researchers believe there are fewer than 50 animals left in the eastern Pacific population. The latest sighting is only the third in Canadian waters since 1951.

North Pacific right whales were nearly wiped out by the whaling industry in the 1800s, Ford said. Any progress they made toward recovery was erased by illegal Soviet whalers in the 1950s and 60s. 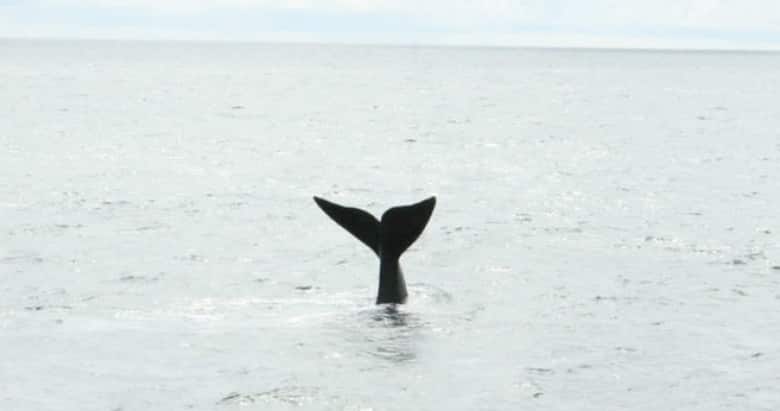 There have been only three sightings of North Pacific right whales in Canadian waters since 1951. (Canadian Coast Guard/DFO)

The latest sighting is good news, Ford said, but it’s too early to draw any conclusions about the future of the species.

“It’s still precariously low in numbers and may not survive at all, because there are so few of them, but it’s cause for hope that maybe they are recovering,” Ford said.

He pointed out one promising sign is that this appeared to be a healthy animal and a fairly young one at that — about nine metres in length, compared to the 17 to 20 metres of a fully grown adult. 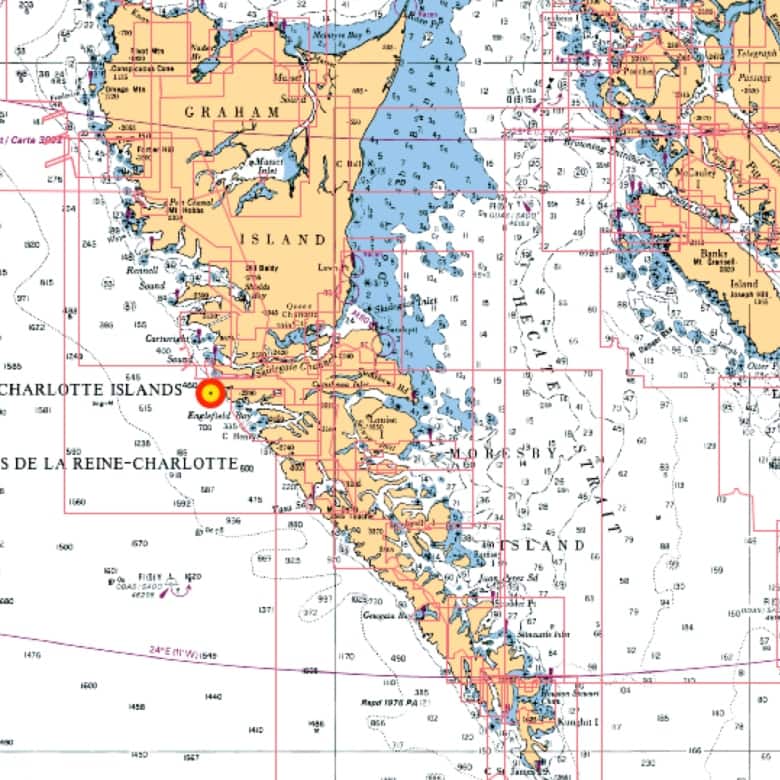 The most recent sighting of a North Pacific right whale was off the west coast of Haida Gwaii. (DFO)

One of the two 2013 sightings was in the same general area off Haida Gwaii, while the second was near southern Vancouver Island.

Ford said the locations of those sightings suggest researchers should focus future survey work on the west coast of Haida Gwaii and try placing hydrophones in the water there to capture calls from any North Pacific right whales travelling through the area.

North Pacific Right Whales are a rare sight in Canadian waters: so rare, in fact, only three have been seen in the last fifty years. But earlier this month, the crew of a coast guard vessell caught a glimpse of one off the coast of Haida Gwaii. Carolina de Ryk speaks with whale researcher John Ford about the importance of the sighting. 8:04