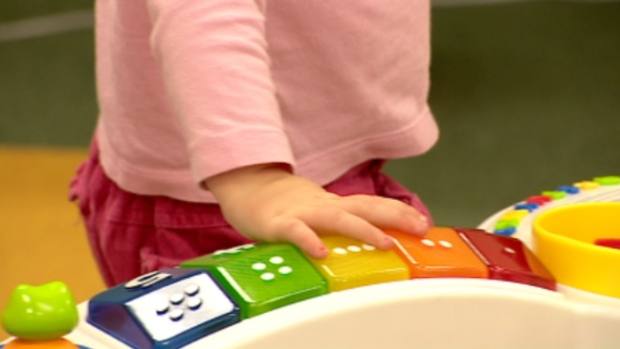 Cape Breton communities continue to have the highest poverty rates in the country, according to the latest research.

Data from the 2015 report analyzed by the Canadian Centre for Policy Research shows that one in five children in the province lives in a family classified as low income.

Cape Breton’s two federal electoral districts are in the No. 1 and No. 3 spots in the province for people living in low-income families.

In the federal riding of Sydney-Victoria, one in three children lives in a low-income family. That’s the highest in Nova Scotia and 10th-highest rate in the country.

Halifax, Cape Breton-Canso are Nos. 2 and 3

In Halifax and Cape Breton-Canso, which landed in second and third spots in the province, one in four children lives in poverty.

Lesley Frank, a sociology professor at Acadia University in Wolfville and a researcher with the Canadian Centre for Policy Alternatives in Nova Scotia, said the number of young families in poverty in Sydney-Victoria is particularly high.

“Those early years are the most important years for growth and development,” she said. “They set the trajectory for a healthy adult life.

“Of course, poverty is a concern for everybody that’s living in poverty. We need to be really concerned about those young children.” 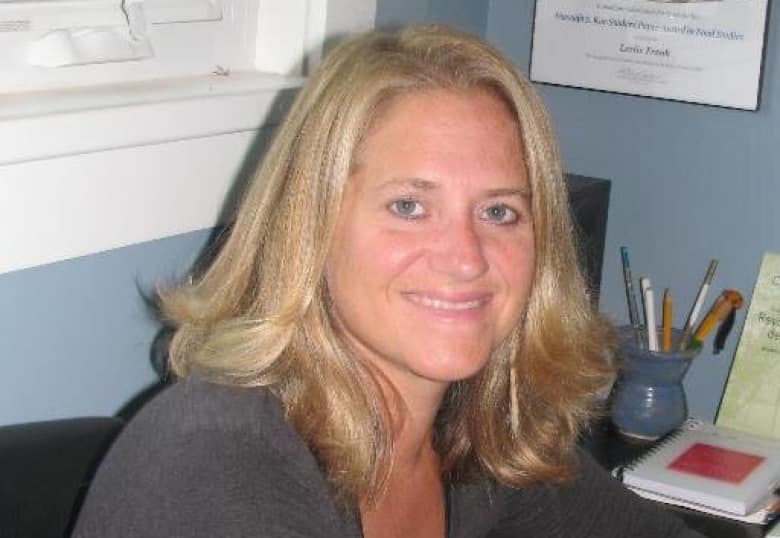 Lesley Frank, a sociology professor at Acadia University, says the number of young families in poverty in the federal riding of Sydney-Victoria is particularly high. (Lesley Frank/Twitter )

Poverty rates in Nova Scotia, and especially Cape Breton, have been high for some time, Frank said.

Anti-poverty advocates and researchers hope the federal government’s much-anticipated poverty-reduction strategy will change those numbers, and recent changes to the federal child benefit will help, she said.

“Things didn’t improve much at the beginning of the child benefit system,” Frank said. “Now, as it’s become enhanced, things have improved more, but we still have a long way to go.”

Statistics expected in November should begin to show the impact of the enhanced federal child benefit, she said, but low-income families need more help.

Depending on the family structure, their incomes can be about $9,000 short of the low-income measure.

High unemployment, the effects of colonialism on First Nation reserves and gender concerns with single-parent families are factors contributing to low incomes in Sydney-Victoria, Frank said.

A generation has passed since 1989, when all parties in the House of Commons passed a resolution to end child poverty by the year 2000.

Since that time, the child poverty rate in Nova Scotia has grown by 19 per cent, said Frank. In 2015, 35,890 children across the province were living in low-income families. 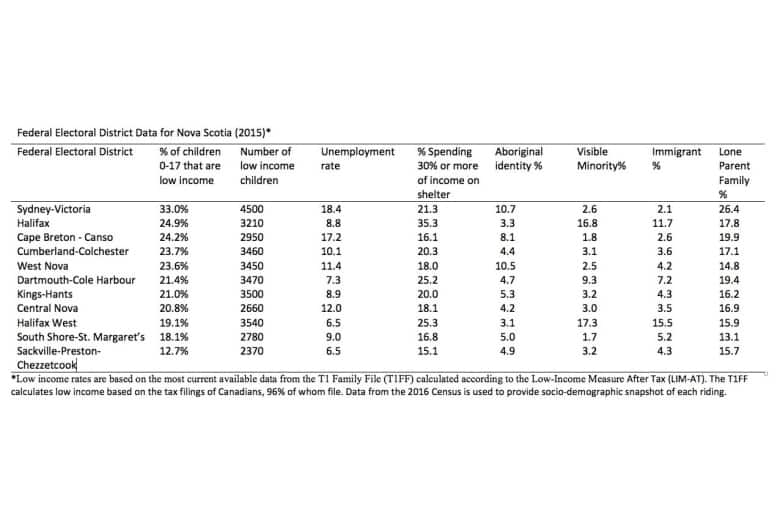 The latest data from the 2016 census shows Cape Breton’s two federal electoral districts are No. 1 and No. 3 on the list of people living in low-income families in Nova Scotia. (Canadian Centre for Policy Alternatives – Nova Scotia)

Above the national average

Frank said the numbers show 10 out of 11 federal ridings in Nova Scotia have child poverty rates above the national average of 17.4 per cent.

The Centre for Policy Alternatives is calling for a bold federal strategy that will address a number of areas, including Indigenous incomes, stronger security programs for everyone and mechanisms to level the playing field for marginalized people.