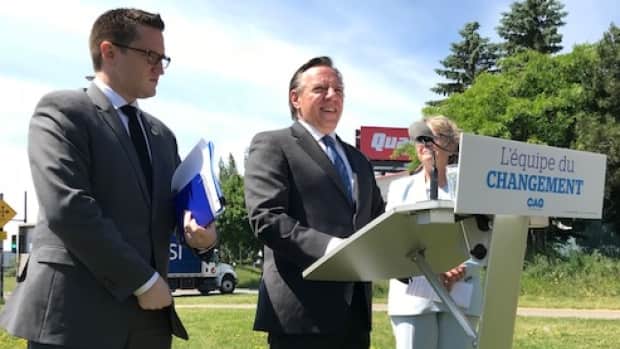 That was one element of the CAQ’s $10-billion transportation infrastructure plan released in a promotional video Wednesday, which included the party’s own vision for easing traffic congestion in and around Montreal.

The CAQ’s priorities include a tramway that would run from Pointe-aux-Trembles to downtown Montreal and another on the South Shore.

The CAQ also wants to expand the light-rail transit project now under construction, adding stations in Laval and in South shore communities such as Boucherville and Sainte-Julie.

“It’s about time we step up to take actions and stop having committees,” said CAQ leader François Legault.

The highlights of the CAQ’s transportation plan include:

Plante released a statement following the news that the CAQ would not support the proposed Pink line, one of Projet Montréal’s key promises in last fall’s municipal election.

“This is an interesting plan but one that does not address the main issue — namely the saturation of the subway network,” she said.

“The only concrete solution to this problem is and remains the project to build the Pink line.”

Liberals, PQ have plans, too

The CAQ’s plan comes on the heels of plans already announced by the official opposition Parti Québécois and the governing Quebec Liberal Party.

Both have made transportation in the Greater Montreal area a key part of their electoral platforms. 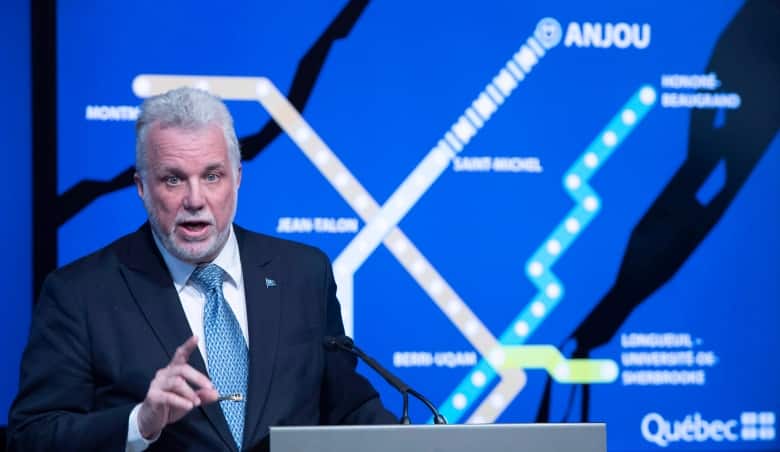 Quebec Premier Philippe Couillard delivers a speech during the announcement of the extension of one of Montreal’s subway line Monday, April 9, 2018 in Montreal. (Paul Chiasson/Canadian Press)

The Liberals’ plan is short on details and favours overarching goals like reducing solo driving by 20 per cent, reducing travel time by 20 per cent, and reducing the costs associated with road congestion in the Montreal area. 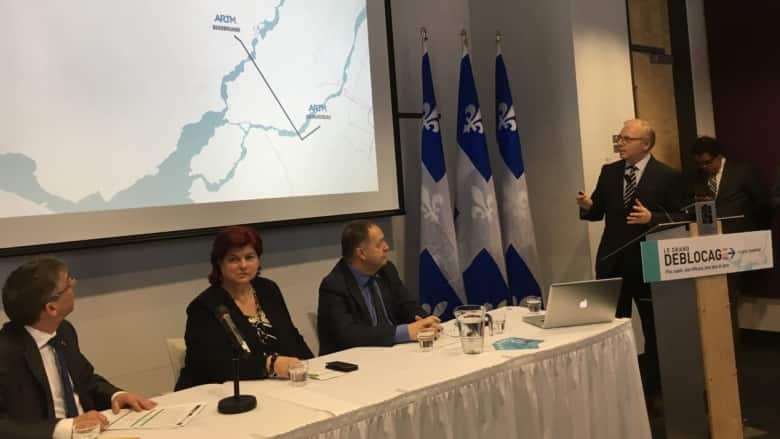 The Parti Québécois has come out with a splashy plan called Le Grand Déblocage.

The PQ’s plan seeks to: