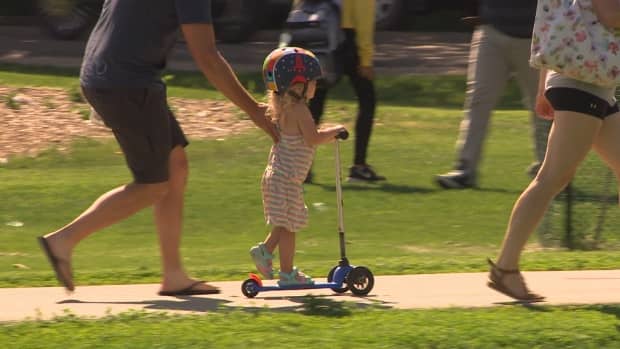 Children in Canada barely get a passing grade when it comes to physical activity, according to a report card released Tuesday by ParticipACTION.

The national non-profit group gave the nation’s youngsters an overall grade of D+, triggering concern across the country, including here in Manitoba.

“If children in Canada are rating only D+, then we have got a long way to go to get them back on track and active in order to be more healthy,” said Pat Harper, out biking in Assiniboine Park Tuesday afternoon with her grandson Jeremy.

“It is unfortunate because physical activity is important for both mental and physical health,” said Harper. 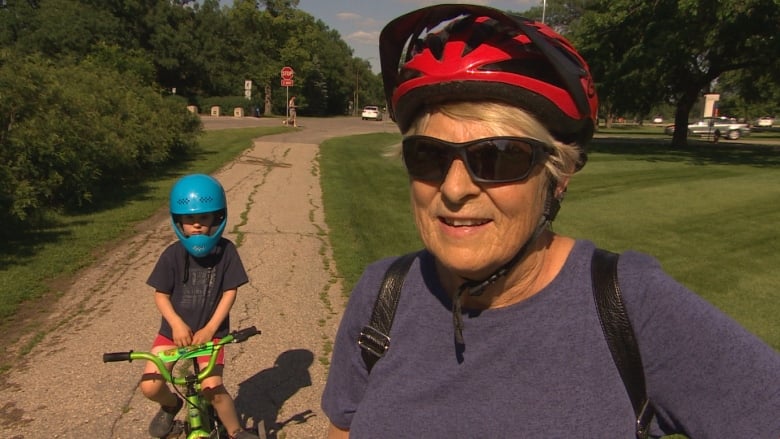 In addition to the overall grade, Canadian kids were given an F in 24-hour movement behaviours, a D- in active transportation, a D in physical fitness and a D+ in physical literacy.

Stephanie Jeffrey, chairperson of the Physical Activity Coalition of Manitoba, says physical literacy involves building a bank of physical skills that people can use for the rest of their lives.

“If you do none of those things, your opportunities are really limited for your life.”

Harper said four-year-old Jeremy is building some of those skills through a number of scheduled activities.

“Along with his parents, we involve him in activities like gymnastics and swimming and cycling. We are heading over to the playground, where he can climb on ropes and swing on swings and play in sand,” she said.

Even though the report didn’t break its results down by province, Jeffrey said she has no reason to believe kids in Manitoba are any exception to the national averages.

“As much as we would like to think that they are active enough in school and we are putting them in enough organized sports to be able to keep them active, unfortunately, the numbers speak for themselves,” she said.

Jeffrey blamed some of the trend toward inactivity on a “huge culture shift” that has taken hold in recent years.

“We used to do lots of things that required us to be physically active and we’ve kind of moved away from that.” 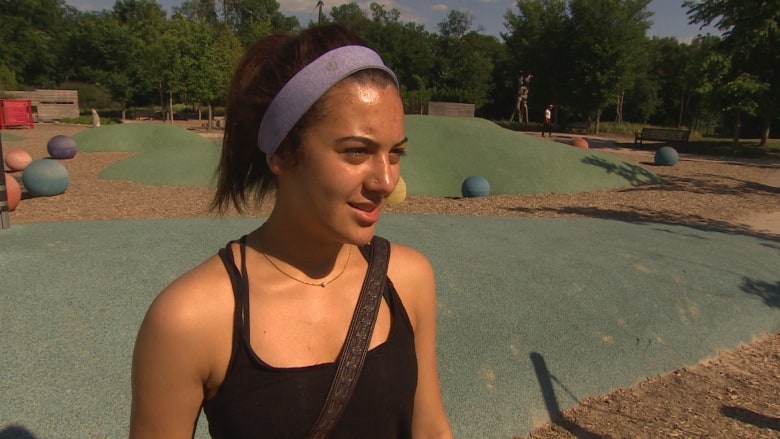 Sophia Hinojosa, 15, says schools could do more to encourage kids to be active. (Travis Golby/CBC)

Sophia Hinojosa is a 15-year-old high school student who believes schools can also play an important role is getting children to be more active.

“Most kids that are active are in sports and stuff, but a lot of kids are on their phones [all day],” she said. “I feel like a lot of stuff has to do with school. Maybe they could try to influence us to go outside more.”

Jeffrey says it can take a few years for children to start becoming inactive, before they start developing some of the bad habits of their older peers.

“Lots of times, younger kids meet the mark because they haven’t figured out necessarily that they can sit down in front a screen all day. They’re running around and we want to encourage that …” 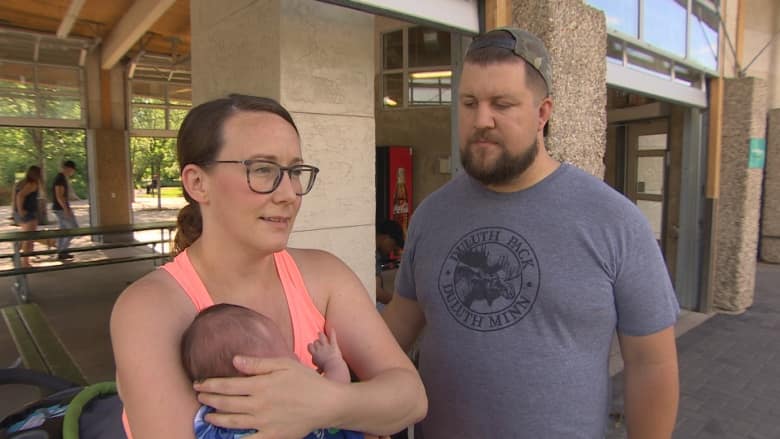 Amanda and Joseph Korhonen say they’re committed to ensuring their 2 1/2-month-old daughter gets plenty of physical activity as she grows up. (Travis Golby/CBC)

Amanda and Joseph Korhonen are new parents to a 2½-week old girl. They say they are concerned about the findings of the report, and hope to influence their daughter to be more physically active in the future.

“We are going to put a limit on [screen time] for her,” said Amanda Korhonen. “I think putting limits on things just like food, or anything that is not very good for you … or good in moderation [is good].”