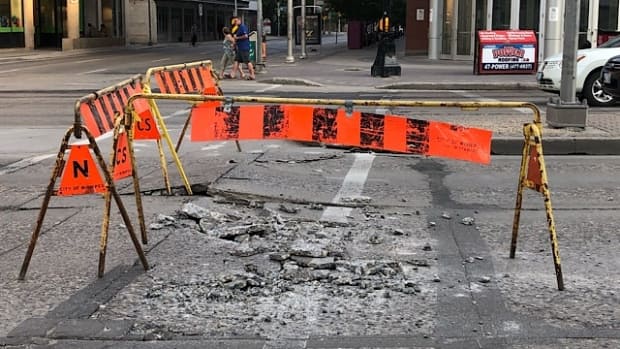 The affected section is located on the north side of Portage Avenue at the intersection with Donald Street, in front of Bell MTS Place.

Winnipeg police advised drivers to expect delays as the median and centre lanes would be closed indefinitely. Westbound traffic is limited to the curb lane until repairs are completed.

This marked the second afternoon in a row that Winnipeg drivers had to navigate around broken pavement. On Tuesday, a section of road on Scurfield Boulevard buckled due to hot weather, according to a city spokesperson. 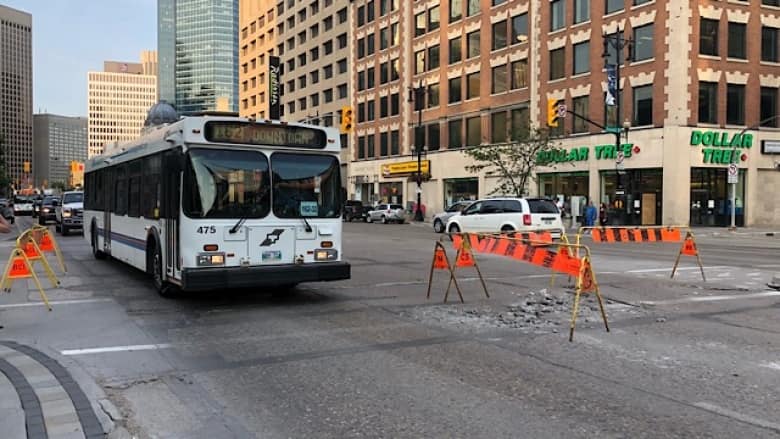