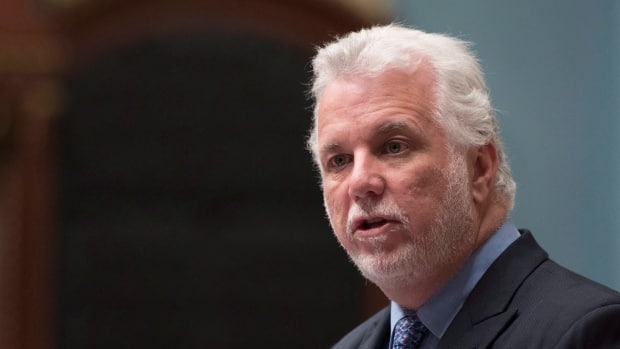 Premier Philippe Couillard is encouraging Quebecers to think twice before buying American products, as a way of punishing the United States for its aggressive trade policies.

On Wednesday, Couillard unveiled a series of measures aimed at pushing back against the recent tariffs imposed by Donald Trump’s administration on Canadian steel and aluminum.

Along with meeting U.S. officials next week, Couillard plans to increase buy-local requirements in public contracts.

As Trump’s tariffs have done elsewhere in Canada, they have also prompted calls for Quebec consumers to boycott American products.

Couillard said his government wouldn’t formally back such efforts, warning that could provoke retaliatory measures from the south. He did, however, encourage Quebecers to take that initiative themselves. 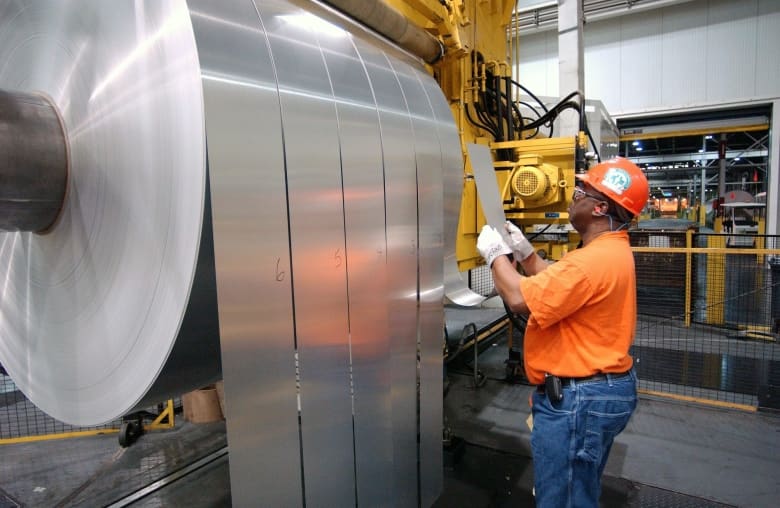 Across the province, the aluminum industry employs around 30,000 people. (Daniel R. Patmore/Associated Press)

​”Both businesses and citizens — we each have the possibility of taking actions, of making choices in our daily lives,” Couillard said Wednesday in Quebec City.

“When we buy food, where does the food come from? When I buy a car, shouldn’t I favour Quebec’s hydro electricity, given that a large share of our oil comes from the U.S.?”

Taking such steps, he added, would be a show of “solidarity among Quebecers.”

Though Quebec’s economy is currently among the strongest in Canada, operating at nearly full employment, the government is concerned the latest series of tariffs could harm future growth.

Aluminum is among the top goods Quebec exports to the U.S. and is an economic engine in areas like the Saguenay, north of Quebec City. Across the province, the aluminum industry employs around 30,000 people.

As of June 1, Canadian aluminum producers were forced to pay duties of 10 per cent for access to the U.S. market.

Last year, the U.S. slapped Canadian lumber companies — another major employer in Quebec — with tariffs as high as 20 per cent.

Trump has also floated the idea of imposing duties on dairy products and vehicles made in Canada. The latter would be especially painful for Ontario.

Ford was “very positive” to the idea,” Couillard said. 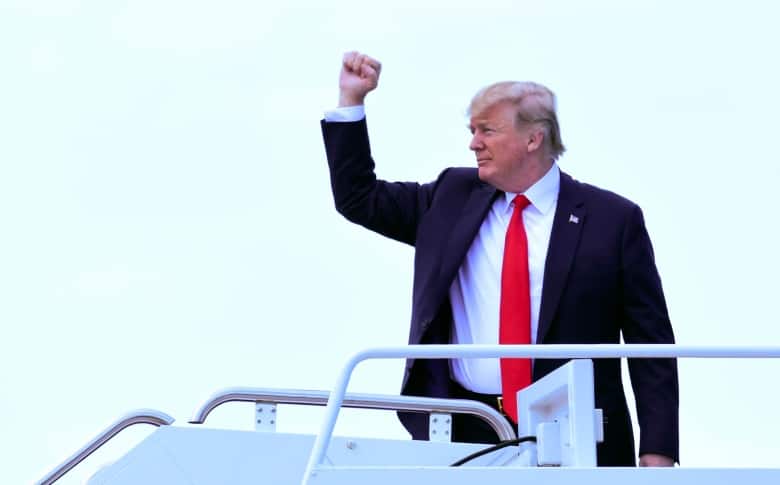 But the Quebec premier also noted how unpredictable the current U.S. administration can be, and said his government would take steps to seek out new export markets in Europe and Canada, as well as to expand demand within Quebec.

“We will begin to increase buy-local requirements in tendering processes that are under the control of the government,” Couillard said.

“And we will be very insistent that when we provide aid, [companies] will have to buy local and have local spin-offs.”

Quebec has already established aid programs for its lumber and aluminum industries. It announced $100 million in loans and guaranteed loans last week for aluminum companies dealing with the tariffs.

All eyes on investor confidence

To date, the tariffs haven’t been enough to dampen the rosy outlook most analysts are projecting for Quebec’s economy.

A June note to investors put out by the Royal Bank of Canada began with the invitation: “Pick your favourite reasons to feel good about the prospects for Quebec’s economy.” The bank estimated GDP growth of 2.1 per cent this year.

Finance Minister Carlos Leitão said Wednesday the U.S. tariffs have yet to have any discernible impact on growth indicators or government tax revenues.

But he also added a note of caution: “What we fear — and what we’re hearing — is investments projects being delayed, or being channeled elsewhere.”

By itself, a downturn in aluminum exports won’t likely have an impact on the macro-economic outlook for Quebec.

Analysts, though, are now monitoring the effect further trade bluster from Trump will have on investor confidence — a key indicator of growth prospects.

“We don’t have a clear answer yet, but at this stage we’re starting to get a little more concerned,” said Robert Hogue, a senior economist with RBC.