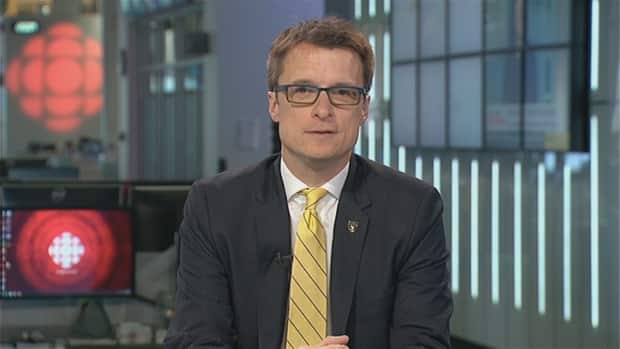 Boycotts have been an effective way of sending a political message since colonists dumped British tea into Boston Harbour 145 years ago.

And some Canadian consumers are talking about a boycott of their own, using the hastag BoycottUSProducts on Twitter and expressing their anger on Facebook. Some restaurants are advertising “Trump-free” dishes made without any ingredients from the U.S.

But Sylvain Charlebois, a Dalhousie University professor in food distribution and policy, said they might want to think twice.

The U.S. and Canada share $25 billion in food trade, which means the impact of a boycott wouldn’t be insignificant. But Charlebois said the food production system is a little too complicated for a boycott of U.S. food to work.

Foods like fresh produce are easier to buy Canadian because they usually are labelled with a clear country of origin sticker.

Once you dive into the weeds of processed foods, however, things become less clear.

The food production chain in North America is highly integrated, he said, and not known for its transparency.

For example, the little maple leaf on a packaged item of food might suggest it’s a Canadian product, but it really only indicates the last stage of the processing happened in Canada.

Charlebois said the primary principle at play is cupboard economics, the theory that consumers will generally always seek out the food product with the best quality at the lowest price, regardless of where it comes from.

They might splurge on a designer handbag or expensive house to show off to friends, but the food they eat is fleeting, purchased, prepared, consumed then gone.

Patriotism might make more Canadians seek out Canadian products, but the urge will fade as the restraint hits their wallets.

“People can say all they want when they buy food, but at the end of the day their budget is a priority,” Charlebois said.

Beef sales went up five per cent, and Canada became the first country in the world to see domestic demand for beef go up after a native case of mad cow disease.

Support was short-lived, however, with the increase in sales only lasting nine months out of the whole two-year crisis.

Charlebois said at the end of the day, it’s up to the consumers.

“[But] overall I’m not convinced it’s the right thing to do given how important the American economy is to the Canadian economy.”