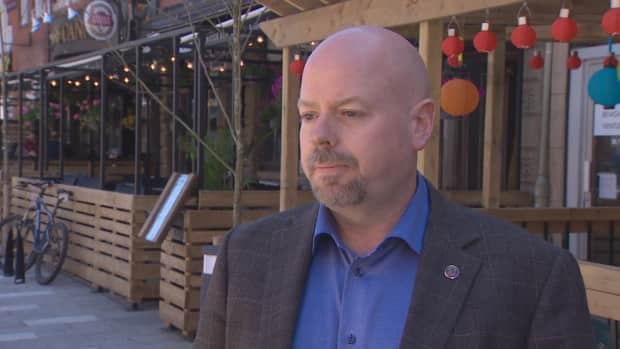 A downtown Halifax street that recently underwent a $6-million redesign to make it more pedestrian friendly could be closed to weekend traffic this summer.

The hope is to draw more pedestrians onto Argyle Street, which was under construction all last summer.

The proposal being put forward by the Downtown Business Commission is asking to temporarily close Argyle Street between Prince and Blowers streets. The closures would happen from noon on Friday until Sunday at midnight for the months of July and August.

“We’ve done it for special events, but with the new streetscape, which is designed to be more pedestrian-friendly, [we want] to do it on a regular basis,” said Paul MacKinnon, executive director of the commission.

“The new design really gives the street back to pedestrians.” 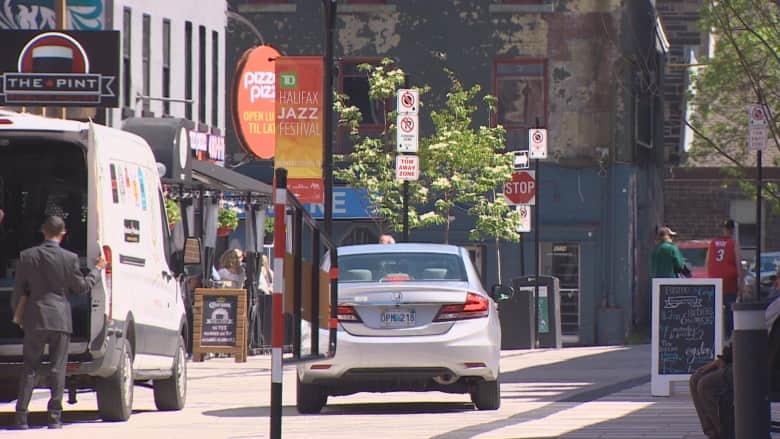 Argyle Street is currently designed to allow one-way traffic only and can now be easily be closed off for pedestrian-only access. (Steve Berry/CBC)

The redesign of Argyle and Grafton streets has transformed the area into “dramatic public spaces that encourage people on foot to linger and enjoy the space, while still allowing access and loading by vehicles,” according to the proposal.

City staff have recommended that council allow the weekend closure, but ask the Downtown Business Commission to — at its own expense — collect data on the concerns and opinions of visitors, business and property owners, and then submit a report back to council before May 2019.

The motion is scheduled to be discussed in council on Tuesday.

A first-of-its-kind in Atlantic Canada, construction was completed in November 2017, but there were delays and some major economic hardship for local businesses, including the city’s decision not to offer patio permits for the entire summer season last year.

“We lost last summer,” MacKinnon said. “Essentially the whole street was lost. The cafe season was lost … but the businesses were willing to suffer through that.” 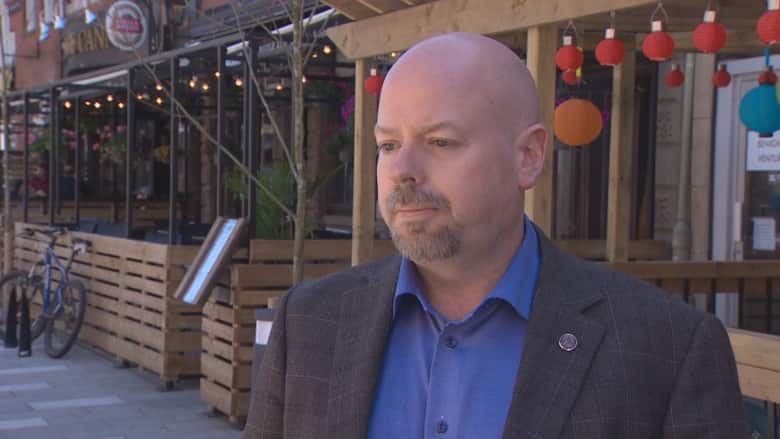 The hope is that by closing off the area to weekend traffic, it will encourage people to come back to the area this summer.

“This is almost a way to kind of reward [businesses for] what they went through last year. To say, ‘Hey, let’s try to make the street even better, let’s draw even more business to the cafes here this summer through these regular [street] closures.'”

MacKinnon says Argyle was designed so it can easily be switched between allowing pedestrians or more traffic, depending on what’s needed. Because it isn’t an essential route in the downtown core, he says it’s perfect to turn into a pedestrian-only area.

“We’ll monitor how that goes, if that has an negative impact on business, that’s very easy to change without a huge cost. Or maybe we’ll decide we want to have the street closed more often,” he said.