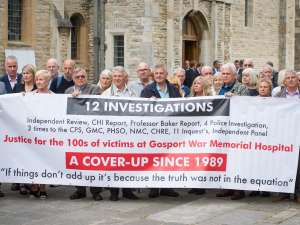 A leading healthcare safety academic has said it is “likely” the events that led to at least 453 deaths at Gosport War Memorial Hospital are being repeated in other NHS hospitals, in the wake of a damning inquiry.

Professor Sir Brian Jarman, head of the Dr Foster Unit at Imperial College London, told the BBC Radio 4 Today programme he would “not be at all surprised” to hear the Gosport scandal was being repeated.

He said that whistle-blowers were still blacklisted for raising the alarm, a point echoed by health and social care secretary Jeremy Hunt who called for and end to the “blame culture” in the health service. 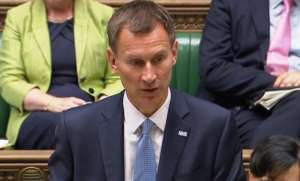 
Mr Hunt added said that when there is a tragedy like Gosport or something goes wrong, even if the staff member is responsible, the most important thing for families is to “know that the NHS isn’t going to make that mistake again”.

A damning report revealed that more than 450 people had their lives shortened after being prescribed powerful painkillers at the Hampshire hospital. 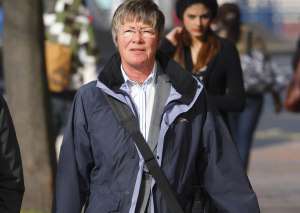 
An additional 200 patients were “probably” similarly given opioids between 1989 and 2000 without medical justification, according to the report published on Wednesday.

Mr Hunt added that malpractice was “unfortunately” inevitable in an organisation of 1.4 million people, adding: “You can never say that that will be totally eliminated but I do think we would find out about that much, much sooner these days with all the things we have put in place.”

But Professor Jarman, whose group are focussed on using NHS data to make the health service safer was less sure. He said information on mortality rates produced by the unit was not properly assessed by health officials. 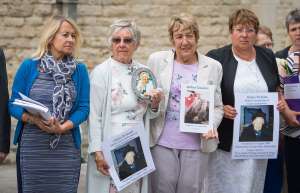 © PA
Members of the families of people who died at Gosport War Memorial Hospital outside Portsmouth Cathedral after the disclosure of the Gosport Independent Panel’s report.


“There really is a desire not to know,” he said.

Whistleblowers are still “fired, gagged and blacklisted”, he told Today. Asked if he would be surprised if events similar to Gosport were happening in other hospitals, he said: “Not at all.”

The Gosport inquiry, led by the former bishop of Liverpool, the Rt Rev James Jones, found whistleblowers and families were ignored as they attempted to raise concerns about the administration of opioids at the hospital.

Karen Ripley, whose stepfather, Jim Ripley, was “the only one to walk out of Gosport”, told The Independent at the inquiry’s release on Wednesday that today she saw the same issues in today’s NHS. 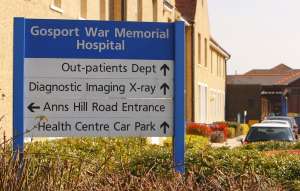 
This comes after a winter where senior doctors wrote to Theresa May warning patients were “dying prematurely” in corridors because of intolerable pressure caused by under funding.

Following the release of the report, relatives of elderly patients who died at the hospital branded the findings “chilling” and called for criminal charges to be brought. They first complained to the police 20 years ago but investigations of 92 deaths have never had enough evidence to prosecute.

On Wednesday the Gosport panel found that, over a 12-year period as clinical assistant, Dr Jane Barton was “responsible for the practice of prescribing which prevailed on the wards”.

The panel said the case of GP Harold Shipman, who was jailed in 2000 for murdering 15 patients, had “cast a long shadow” over events at the hospitals leading to a view she was another “lone wolf”. Police did not pursue a “wider investigation” into what was going on at the hospital and instead focused on the actions of Dr Barton.

Bridget Reeves, the granddaughter of 88-year-old Elsie Devine, said in a statement on behalf of the families: “This has been sinister, calculated and those implicated must now face the rigour of the criminal justice system.

“Accountability must take precedence here. These horrifying, shameful, unforgivable actions need to be disclosed in a criminal court for a jury to decide and only then can we put our loved ones to rest.”

Rt Rev Jones said events at the Gosport War Memorial Hospital were distinct from Shipman, because they showed a “failure of the institution”.

Nurses on the ward were not responsible for the practice but did administer the drugs, including via syringe drivers, and failed to challenge prescribing, the panel said.

“It is important that a process is put in place to ensure that all of the relevant agencies come together, to enable decisions about next steps to be made in a way that is well considered and transparent to all of the families,” she said.