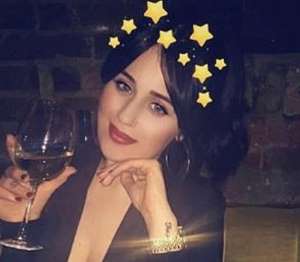 
Police are hunting a man after the daughter of a millionaire property heiress was attacked in her Kensington home.

Chloe Pidgley was hit over the head and punched and kicked in the face when the suspect broke into her flat.

The granddaughter of Berkeley Homes founder Tony Pidgley also had her fingers broken with a slammed door as she tried to flee, according to reports.

The 25-year-old was taken to hospital where she was treated for non life-threatening injuries, police said.

Her mother, Denize Hewitt, 53, revealed her receptionist daughter called for help mid-attack around 8pm on Monday.

“She screamed down the phone,” she told the Sun. “I dialled 999. I thought she would be dead.”

She added: “Her attacker told her he was going to get some acid and come back to disfigure her. She is very worried.”

The front door of the block where Miss Pidgley lives remained boarded up this morning. Plant pots at the entrance were also smashed to pieces.

A Met spokesman: “The victim had been at home at the time. After hearing a smash, she went to her bedroom and discovered a 29-year-old male, who was known to her, had broken into the premises.

“The male then attacked the victim before fleeing the scene. Enquiries are ongoing to trace the male.”