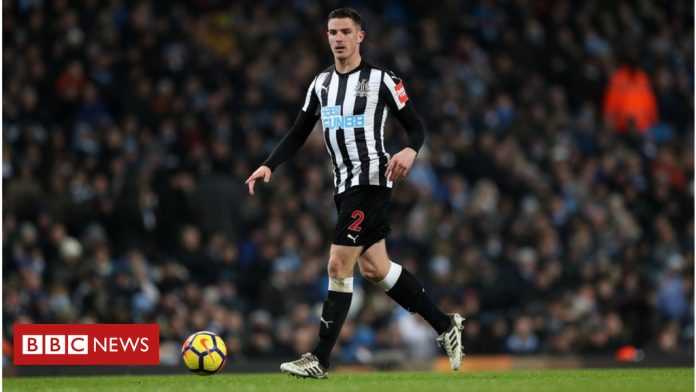 Newcastle United defender Ciaran Clark has been attacked in a Spanish bar, police have confirmed.

A British man in his 30s was arrested after punching the footballer at Crystal’s Bar in Punta Ballena, Magaluf, at about 02:00 BST on Sunday.

Clark was left unconscious and taken to hospital after an argument between him and the suspect broke out on the dance floor.

The 28-year-old suffered cuts and bruises to his face.

The suspect has since been charged with criminal injuries and released.

Clark, who previously played for Aston Villa and has 29 caps for the Republic of Ireland, was taken to Son Espases hospital in Palma, but it is not known if he has been discharged.