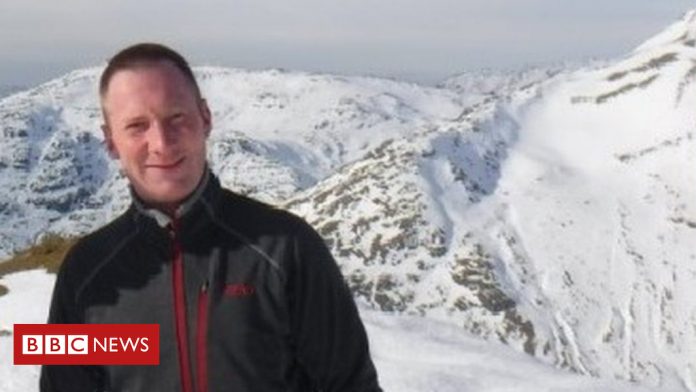 A hill walker died after he fell 300ft (91m) into a gully in the West Highlands, an inquest heard.

Christopher Fryer, 38, from Martham, Norfolk, fell on Sgurr Thuilm in the Glenfinnan on 24 February.

The father-of-two was walking with friend James Donaldson when he lost his footing and slipped into the gully.

The hearing in Norwich heard Mr Fryer suffered head and neck injuries in the fall.

His father Paul Fryer said: “Christopher loved walking and camping. He was always doing that. It cost him a fortune.”

He said his son, who worked as a sheet metal worker at Aker Solutions in Great Yarmouth, loved the challenge of hill walking.

His mother Jackie Brooks said: “We totally miss him and are devastated by his death.”