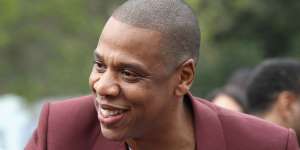 ©
Jay Z Hired As A Creative Director At Puma

WWD reports that the rapper and mogul will help with the relaunch of the category, particularly with its aesthetic development. He has worked with the brand before on two different trainer styles, including the 4.44 Clyde sneaker.

“Jay Z has officially joined the Puma brand as creative director of Puma Basketball,” said Adam Petrick, Puma global director of brand and marketing. “In this capacity he will be overseeing creative strategy, creative marketing, and product design. Since 1973 the sport of basketball has transcended the court and Puma Basketball will blend the influences of performance, fashion, music and culture. Jay Z is the perfect partner to help us re-enter the category.” 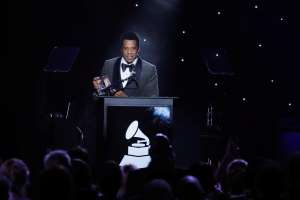 
As part of the relaunch, Puma has added Deandre Ayton, Marvin Bagley and Zhaire Smith to its basketball roster. The company has worked with numerous celebrities before, including its lucrative collaboration with Rihanna – Puma x Fenty – which started with trainers before evolving into a ready-to-wear collection that showed during both New York and Paris Fashion Week.

It isn’t, therefore, unthinkable that Jay Z might develop his role beyond consulting and strategy into a product offering in the future. Regardless, the musician has enough to be getting on with – he and Beyonce launched a joint surprise album, Everything Is Love, last weekend and the couple are currently touring Europe as part of OTR II.

Did Freddie Mercury write Love of My Life for his first boyfriend NOT Mary...