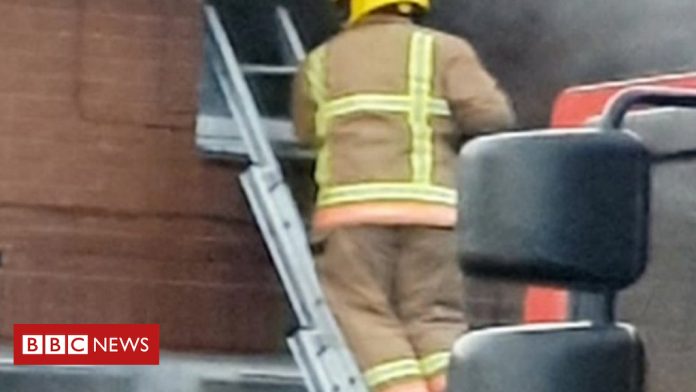 Three people have been arrested in connection with a suspected arson attack on a block of flats.

Firefighters sent to Oak Square in Redheugh, Gateshead at around 04:30 BST had to rescue people through windows.

Four of the nine residents, including two children, were taken to hospital for smoke inhalation treatment.

Two men and one woman have been arrested and are in custody, with Northumbria Police treating it as suspected arson.

Bill Foster, from Tyne and Wear Fire and Rescue Service, said “no-one could leave their property in the normal manner through the front door”.

The gas and power for 190 properties in the area were turned off as a precaution.