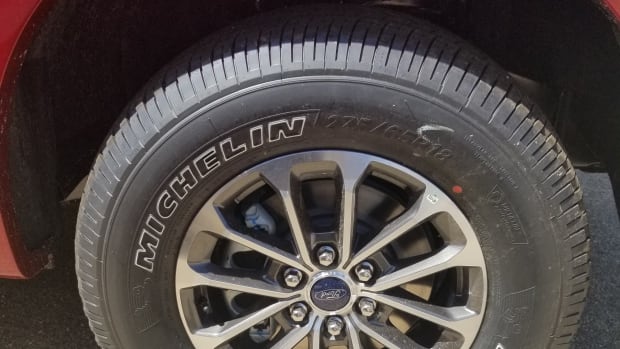 RCMP are looking for leads after 56 tires and rims disappeared from the Denham Ford dealership in Wetaskiwin.

“We haven’t reported on something like this very often, in my experience.”

Among the stolen goods were Hankook, Goodyear and Michelin tires.

In a Monday news release, RCMP warned the public to be wary of “too good to be true” tire deals on social media or in pawn shops and asked anyone with information about the crime to contact them at 780-312-7200.

Scott said RCMP know how the culprit or culprits broke into the dealership’s gated compound, but would not be releasing that information.

Denham Ford has not yet responded to an inquiry from CBC News.