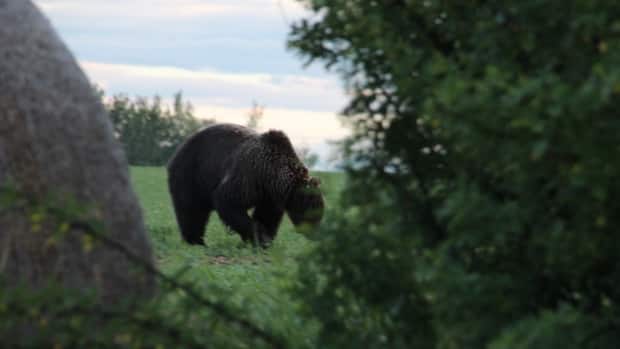 Anne Woods thought her family wouldn’t believe her when she spotted a grizzly bear snacking on dandelions on their acreage.

“He didn’t make any threatening moves or anything like that, so he was just kind of hanging out,” she said. “We were shocked.”

Woods lives along Highway 582 west of Didsbury, a town in the foothills of the Rocky Mountains roughly 80 kilometres north of Calgary.

That area, east of Highway 22, does not often see grizzly bears — so the unusual sighting has caught the attention of wildlife authorities in Alberta.

Officials have confirmed eight grizzly bear sightings in the area, considered by some as the fringes of grizzly country:

Officials are investigating other sightings, as well, that have yet to be confirmed. So far, they believe a few of the bear sightings may have been the same animal, Alberta problem wildlife specialist John Clark said.

This time of year, grizzly bears are generally seen more often as they are actively searching for food and are in the middle of mating season.

“When they start walking around in the day, that’s the thing, they start being seen,” Clark said. “And [for] people, it’s quite the experience to actually see a grizzly bear.”

‘Big surprise to everybody’

The sightings have sparked Paul Fraser’s interested. He is the chairperson for the Mountain View BearSmart Society, based in nearby in Sundre.

The organization has seen a spike in grizzly bear reports in the past week alone, specifically in that uncommon bear area of east of Highway 22.

“Most of our sightings are west of Highway 22, so this is really quite unusual,” Fraser said.

“It’s nice to see that the public is really on board in notifying us to let us know, ‘Yeah, we’re seeing bears,’ and it’s a big surprise to everybody.” 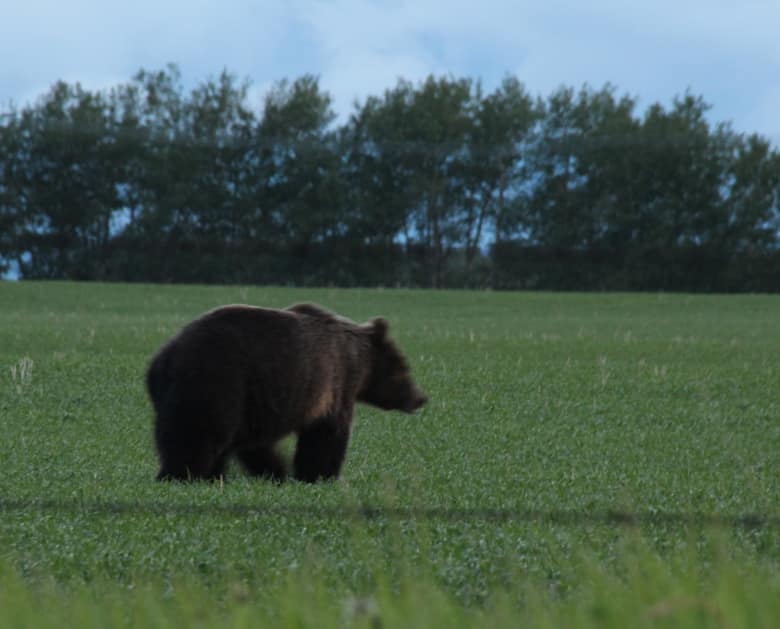 Anne Woods spotted this animal, which she believes is a grizzly bear, wandering the perimeter of her property west of Didsbury, Alta., late last week. (Anne Woods)

When Woods saw the bear in her yard, she had her husband call Alberta Fish and Wildlife right away. They also called the Mountain View BearSmart Society.

In her case, the bear was in the yard for about an hour, wandering the property and starting to attract attention from people driving by.

Woods kept people away from the bear and safely took a few photos with a long-lens camera, in hopes of spotting a tag or other marker that officials could use to identify the animal.

Anyone else who sees a bear, Woods recommends they stay calm, keep their animals inside, check their yard for garbage and call wildlife authorities.

“Be aware. Apparently they’re coming over this way,” she said.

That’s much of the same advice wildlife staff would give to be bear aware. Clark and wildlife officials are reminding people that although sightings may be unusual, eastern areas are still bear country.

He stressed that reports from the public are key to his department’s work.