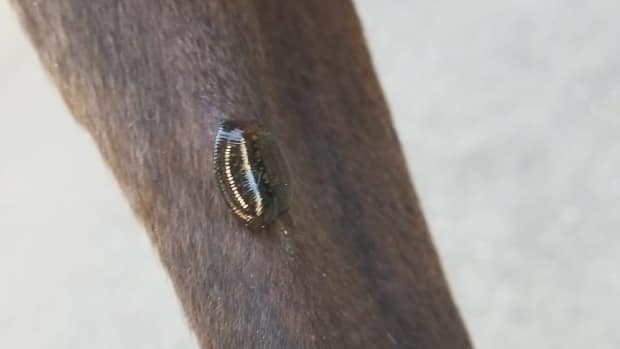 They are long, black and slimy —  and they’re latching on to people’s pets.

Leeches have been found in the ponds at the Terwillegar dog park. Several dog owners discovered them last weekend after taking their dogs to the popular south Edmonton park.

“I actually didn’t notice the leeches until I got home,” said Kathy Norris, who found five leeches on her two Great Danes

“When I got them out of my vehicle I noticed them attached to their legs,” she said. 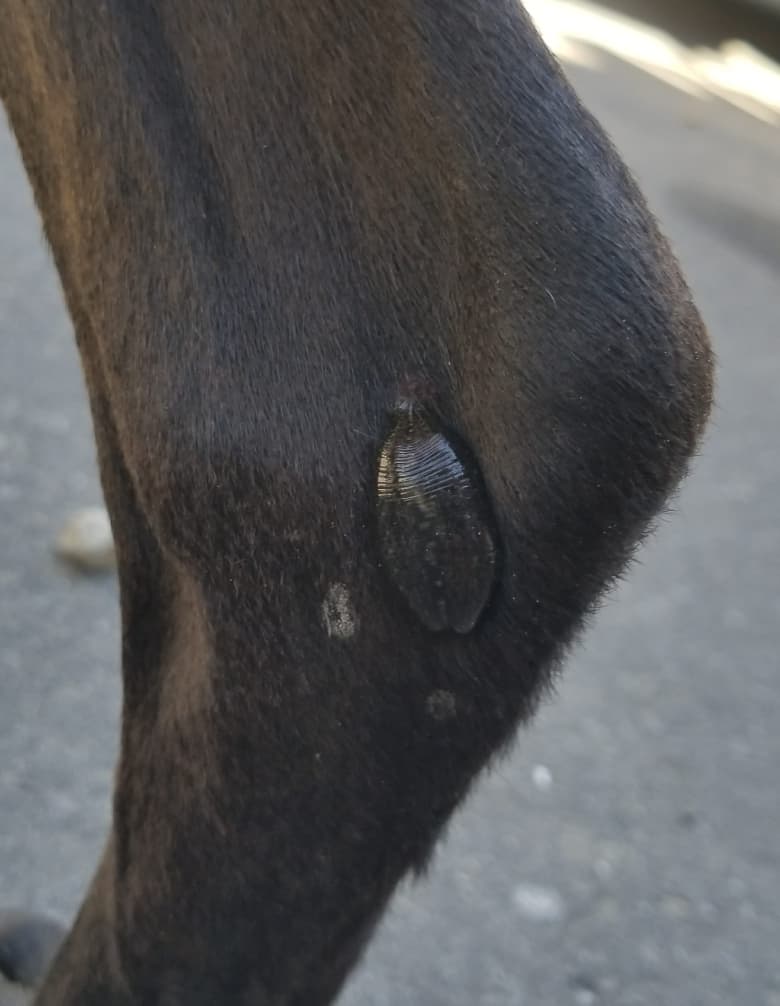 Norris said the leeches were noticeable right away because her dogs have short hair on their legs. She tried to pry them off but when that didn’t work she used salt.

Dog owner Ashton Archer had a similar experience. She found four leeches on her Shih Tzu and one on her border collie.

She was at the park over the weekend and let her dogs wade around in the ponds near the middle of the park.

Once she got home, she started washing her dogs in the sink and noticed the bloodsuckers falling off her eight-month-old puppy.

“The second I put soap on the leeches just started dropping off, ” said Archer, who put petroleum jelly on her dogs to stop the bleeding.

“The biggest one was probably an inch-and-a-half and then the other ones were a little bit smaller.”

Both women say they’ve seen leeches in the water before, but were surprised to see them latched on to their pets.

Heather Proctor, a biology professor at the University of Alberta, said leeches are found throughout the province and are mostly harmless. Although some types will suck blood, they don’t transmit diseases, she said.

“Leeches are amongst the cleanest of all blood-feeding invertebrate,” Proctor said.

The best thing to do if you get a leech on you is to just wait and it will fall off.– Heather Proctor, University of Alberta

When it comes to removing leaches, her advice is to wait it out.

“You might worry about infecting yourself if you do something crazy like burn the leech off with a cigarette lighter, and anything that really upsets the leech might cause it to regurgitate stomach contents into you and that could give you a bacterial infection,” she said.

“The best thing to do if you get a leech on you is to just wait and it will fall off.”