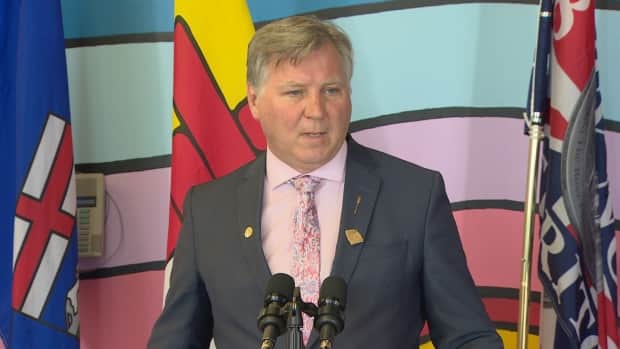 The Alberta government will start training every provincial public servant on Indigenous history and culture next week, a process that will take three years and cost $2.7 million.

The one-day training course will include lessons on Indigenous history, residential schools, treaties, reconciliation and other contemporary issues.

Indigenous Relations Minister Richard Feehan said the course was developed with a number of Indigenous groups, scholars and people including 60 elders, youth and women.

The government will also establish an Indigenous learning panel, to ensure the curriculum stays up to date.

“I’m really actually quite excited about this training, quite excited we are making this important step moving forward as I think it really does help us on our journey toward reconciliation,” he said.

Newly hired staff will receive the training as part of their orientation, he said.

Finance Minister Joe Ceci, who is responsible for the Public Service Commission, says staff will also learn how the lessons can be used on the job.

The first departments to receive the training will be Children’s Services, and Justice and Solicitor General.

It’s not known whether Alberta is the first Canadian province to undertake such a program; regardless, an official from an Indigenous organization is happy to see it going ahead.

Knowledge is a very important step on the path toward cultural understanding and reconciliation.– Gerald Cunningham

Gerald Cunningham, president of the Métis Settlements General Council, said many people in government aren’t aware of the history of Alberta’s Métis settlements, which go back to 1938.

“Knowledge is a very important step on the path toward cultural understanding and reconciliation,” Cunningham said.

“It is our hope that with greater understanding about our people and our communities, the public service will better understand our issues and the challenges that face us.”

Feehan says the training should go beyond the life of the current government.

“Irrespective who happens to be the party in power, this is a commitment we’ve made,” he said. “We would anticipate and expect that it would continue.”