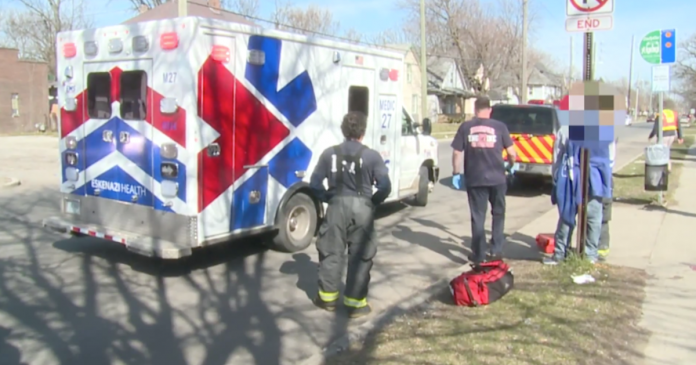 INDIANAPOLIS – Health officials in Indianapolis say they are seeing a big spike in the number of people overdosing on a street drug that is mixed with heavy-duty bug spray.

“We describe it as being like a zombie. They cannot talk to us,” Capt. Chris Major of the Indianapolis Fire Department told CBS affiliate WTTV.

The station recently took video of fire department crews responding to a call of an overdose. Medics found a man in the grass near a busy intersection. He was unresponsive and struggling to breathe after medics say he overdosed on the street drug called KD.

“Their movements are slow and lethargic, a lot of drooling and a loss of function. We find them with their clothes off, eating the grass, pulling dirt out of the ground and trying to put it in their mouth,” Major said.

KD is a mix of either marijuana, tobacco, or the synthetic marijuana known as Spice doused in a heavy-duty bug spray, like Raid. Users smoke the mixture.

“We find people passed out with it still in their hand. That is how fast it has an effect on them,” Major said.

He says his team has had nearly a dozen KD overdose runs in one day, sometimes treating the same person multiple times a day.

“They do not know what is in this stuff or who has made it so they are all taking chance, which for some reason they are willing to do because we get the same people using over and over again,” Major said.

Authorities say they are trying to find the source of the drug.

In a statement, Kelly M. Semrau, Senior Vice President for Global Corporate Affairs, Communication and Sustainability at SC Johnson, which manufactures bug sprays such as Raid and OFF!, said the effects reported in recent news accounts are “completely inaccurate.”

“Our products are safe when used as directed,” the company said.