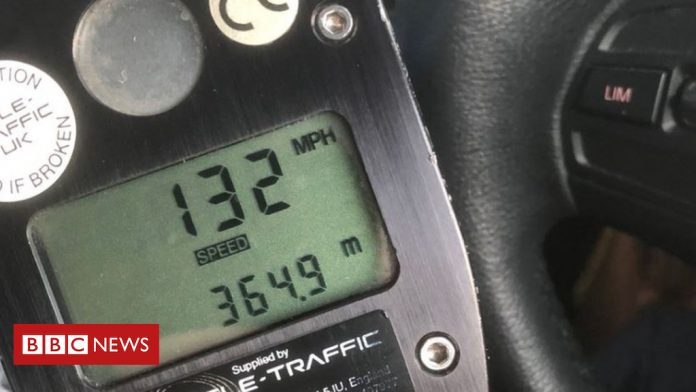 A suspected drink-driver was clocked speeding at an “unbelievable” 132mph (212km/h), police have said.

The Ford Focus driver was stopped on a section of the A421 near Bedford at about 21:10 BST on Thursday.

Police posted an image of the speed gun display on Twitter after the man was arrested.

Officers said it was a “miracle” the motorist, who was found to be over the legal alcohol limit, “didn’t kill himself or someone else”.

The post drew a number of responses from shocked members of the public.

One asked if it was possible to fine drivers “for stupidity”, while another said police prevented what “could have been a horrific scenario”.

In one reply, officers said they hoped the arrest would result in a “lengthy ban” for the driver.