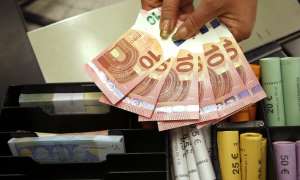 © AP
Euro coins and banknotes at a shop in Vilnius, Lithuania. The euro was a system almost designed to fail.

The euro may be approaching another crisis. Italy, the eurozone’s third largest economy, has chosen what can at best be described as a eurosceptic government. This should surprise no one. The backlash in Italy is another predictable (and predicted) episode in the long saga of a poorly designed currency arrangement, in which the dominant power, Germany, impedes the necessary reforms and insists on policies that exacerbate the inherent problems, using rhetoric seemingly intended to inflame passions.

Italy has been performing poorly since the euro’s launch. Its real (inflation-adjusted) GDP in 2016 was the same as it was in 2001. But the eurozone as a whole has not been doing well, either. From 2008 to 2016, its real GDP increased by just 3% in total. In 2000, a year after the euro was introduced, the US economy was only 13% larger than the eurozone; by 2016 it was 26% larger. After real growth of around 2.4% in 2017 – not enough to reverse the damage of a decade of malaise – the eurozone economy is faltering again. 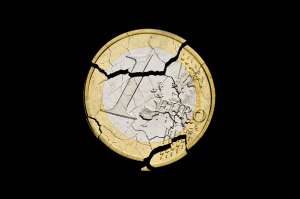 If one country does poorly, blame the country; if many countries are doing poorly, blame the system. And as I put it in my book The Euro: How a Common Currency Threatens the Future of Europe, the euro was a system almost designed to fail. It took away governments’ main adjustment mechanisms (interest and exchange rates); and, rather than creating new institutions to help countries cope with the diverse situations in which they find themselves, it imposed new strictures – often based on discredited economic and political theories – on deficits, debt, and even structural policies.

Related: The EU v Italy: who will blink first? 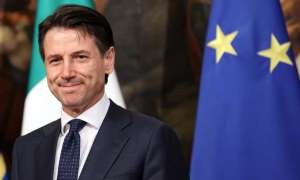 The euro was supposed to bring shared prosperity, which would enhance solidarity and advance the goal of European integration. In fact, it has done just the opposite, slowing growth and sowing discord.

The problem is not a shortage of ideas about how to move forward. France’s Emmanuel Macron, in two speeches, at the Sorbonne last September, and when he received the Charlemagne prize for European unity in May, has articulated a clear vision for Europe’s future. But Germany’s Angela Merkel has effectively thrown cold water on his proposals, suggesting, for example, risibly small amounts of money for investment in areas that urgently need it.

In my book, I emphasised the urgent need for a common deposit insurance scheme, to prevent runs against banking systems in weak countries. Germany seems to recognise the importance of a banking union for the functioning of a single currency, but, like St Augustine, its response has been, “O Lord, make me pure, but not yet.” Banking union apparently is a reform to be undertaken sometime in the future, never mind how much damage is done in the present.

The central problem in a currency area is how to correct exchange-rate misalignments like the one now affecting Italy. Germany’s answer is to put the burden on the weak countries already suffering from high unemployment and low growth rates. We know where this leads: more pain, more suffering, more unemployment, and even slower growth. Even if growth eventually recovers, GDP never reaches the level it would have attained had a more sensible strategy been pursued. The alternative is to shift more of the burden of adjustment on the strong countries, with higher wages and stronger demand supported by government investment programmes.

We have seen the first and second acts of this play many times already. A new government is elected, promising to do a better job negotiating with the Germans to end austerity and design a more reasonable structural reform programme. If the Germans budge at all, it is not enough to change the economic course. Anti-German sentiment increases, and any government, whether centre-left or centre-right, that hints at necessary reforms is thrown out of office. Anti-establishment parties gain. Gridlock emerges.

Across the eurozone, political leaders are moving into a state of paralysis: citizens want to remain in the EU, but also want an end to austerity and the return of prosperity. They are told they can’t have both. Ever hopeful of a change of heart in northern Europe, troubled governments stay the course, and the suffering of their people increases.

António Costa’s socialist-led government in Portugal is the exception to this pattern. Costa managed to lead his country back to growth (2.7% in 2017) and achieve a high degree of popularity (44% of Portuguese thought the government was performing above expectations in April 2018).

Italy may prove to be another exception – though in a very different sense. There, anti-euro sentiment is coming from both the left and the right. With his far-right League party now in power, Matteo Salvini, the party’s leader and an experienced politician, might actually carry out the kinds of threats that neophytes elsewhere were afraid to implement. Italy is large enough, with enough good and creative economists, to manage a de facto departure – establishing in effect a flexible dual currency that could help restore prosperity. This would violate euro rules, but the burden of a de jure departure, with all of its consequences, would be shifted to Brussels and Frankfurt, with Italy counting on EU paralysis to prevent the final break. Whatever the outcome, the eurozone will be left in tatters.

It doesn’t have to come to this. Germany and other countries in northern Europe can save the euro by showing more humanity and more flexibility. But, having watched the first acts of this play so many times, I am not counting on them to change the plot.

• Joseph E Stiglitz is a Nobel laureate in economics, university professor at Columbia University and chief economist at the Roosevelt Institute

Fortnite servers going down ahead of Fortnite Lazarbeam skin update and release date |...