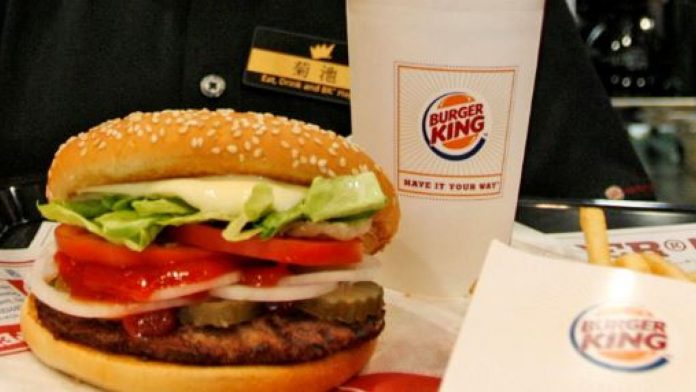 Burger King has apologised for offering a lifetime supply of Whoppers to Russian women who get pregnant by World Cup players.

The offer, announced on Russian social media, was condemned by critics as sexist and demeaning.

The promotion was removed from Burger King’s social media accounts but is still circulating among Russian social network users.

It promised a reward to women who get “the best football genes” and “ensure the success of the Russian team for generations to come”.

The fast food company posted a Russian-language statement on local network VKontakte saying: “We offer apologies for the announcement we made. It was too offensive.

“We are thankful for the feedback and want to inform you that we have already removed all materials related to the application.”

Women’s rights activists have been increasingly trying to get them withdrawn to change attitudes.

It follows a Russian MP urging Russian women visiting football fans to hook up, fall in love and have children during the tournament.

Mikhail Degtyaryov’s comments were made after one of his female political colleagues advised Russian women to avoid getting involved with away supporters.

Tamara Pletnyova warned them to think twice before entering into casual relationships with foreign tourists because they may end up bringing up children alone if they fall pregnant.

But politician Mr Degtyaryov said: “The more love stories we have connected to the world championship, the more people from different countries fall in love, the more children are born, the better.

“Many years from now these children will remember that their parents’ love story began during the World Cup in Russia in 2018.”

He added: “I hope to God that there would be more love stories, more children, more mixed unions.

“We welcome fans from all countries, skin colours, all religions, all genders and all (sexual) orientations.”