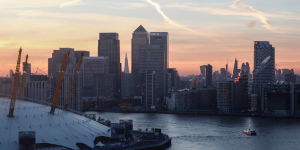 LONDON – Britain faces a “looming crisis” after Brexit over the potential failure of major financial contracts which operate across the EU, posing a “significant risk to financial stability and the personal finances of millions of people.”

That is according to TheCityUK, which represents Britain’s finance sector. The lobby group warned in a report on Wednesday that Britain’s decision to leave the European single market could have a serious and highly damaging impact on a wide range of financial contracts in both the UK and rest of Europe.

TheCityUK said in a statement that the problem, unless resolved by UK and EU negotiators, could damage the finances of millions of ordinary people, such as those who have insurance policies.

“Thirty-six million insurance policyholders across the UK and EEA, and £26 trillion of outstanding uncleared derivatives contracts could be impacted if the UK and EU fail to agree on a solution,” the group said.

There is currently no agreement in place between EU and UK negotiators regarding Britain’s post-Brexit financial relationship with the EU. But Theresa May’s plan to take Britain out of the single market means UK firms will no longer be able to rely on financial “passporting,” the arrangement which allows them to sell financial services freely to the EU27 countries.

The loss of passporting rights after Brexit could make it illegal for firms to service existing cross-border contracts in their current form. That means the crucial functions which underpin crucial aspects of things like corporate finance and the operation of insurance firms could be seriously disrupted.

Equally, European firms with existing financial contracts in Britain will be faced with an identical problem, and be unable to service existing contract with UK-based firms.

How serious is the threat?

“The extent of this issue significant and will affect both UK and EEA customers,” the group said in a statement.

“This sounds like an obscure issue, but ignoring the question of contract continuity post-Brexit is to play a dangerous game of chicken with the finances of customers across the whole of Europe,” said Miles Celic, chief executive of TheCityUK.

… ignoring the question of contract continuity post-Brexit is to play a dangerous game of chicken with the finances of customers across the whole of Europe.

The warning comes as businesses increasingly fret over the UK’s lack of preparation for Brexit.

Prime Minister May heads to Brussels at the end of June for an EU summit where negotiators had hoped to make significant progress on issues which need to be resolved before the transition deal is formally ratified, with the threat of a “no-deal” Brexit still looming over industry preparations for EU departure.

However, both sides now appear to accept that significant progress is not likely until November.