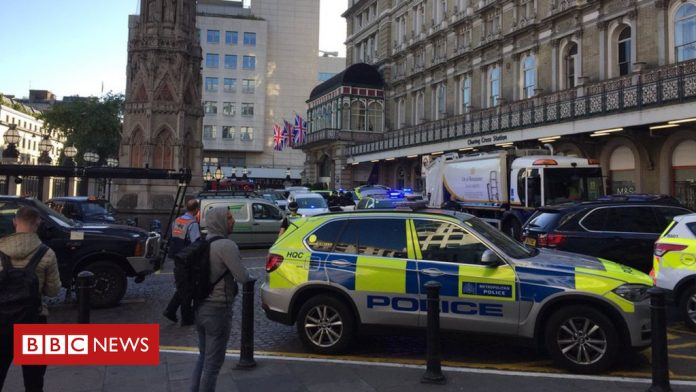 A man on the tracks claiming to have a bomb forced the evacuation of London’s Charing Cross railway station.

British Transport Police was called to reports of a man on the underground tracks at 06:35 BST. Armed police also attended the scene.

A Met Police spokesman said the man was detained and no-one has been injured.

There is disruption to services, with no trains or underground services, and passengers are asked to check before travelling.