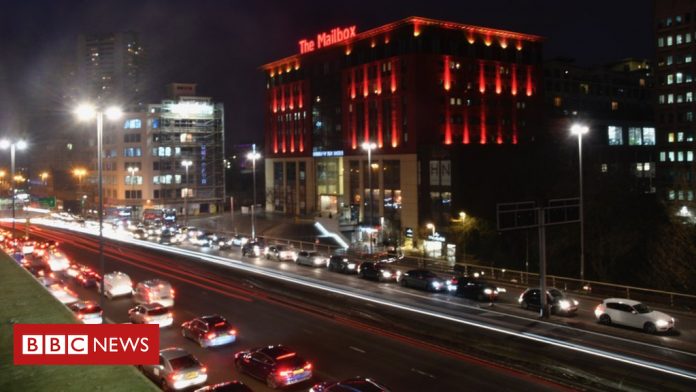 Drivers may have to pay more than £10 a day under a planned pollution charge in Birmingham city centre.

There are proposals to bring in fees for high-polluting vehicles driving within the city’s ring road from January 2020, as the council faces pressure from the government to reduce pollution by setting up a clean air zone.

But how will it work and how will it affect you? The BBC looks at some of the key questions and answers.

Will it affect me?

The proposals are a penalty for vehicles with high Nitrogen Dioxide (NO2) emissions, so it won’t be a congestion charge with a blanket tariff on everyone going into the zone.

The council has encouraged people to use the Transport for London (TfL) website to see if their vehicles will be compliant.

How much will it cost?

While no final charges have been confirmed, the fees in London’s Ultra Low Emission Zone have been used as a guide as to what people can expect to pay. They are:

How do I pay the clean air charge?

Vehicles entering inside the ring road will be picked up by automatic number plate recognition (ANPR) cameras, so there won’t be any barriers or toll booths.

For those who do incur charges, these will be payable online. And if you don’t pay up, you could face a £120 fine under the proposals.

However, people will not pay for vehicles below the emissions standard if they are parked within the zone all day but are not turned on.

Where would it apply?

All roads inside the A4540 Middleway ring road would fall into the clean air zone, but the circular route itself is not included.

So, for example, that means drivers travelling on the M6 who leave at Spaghetti Junction would be charged if they go right through the city centre on the A38.

The council says the ring road is a sensible boundary which would be clear to motorists and the plans would include most of the worst pollution hotspots in the city.

It is proposed the charge is in effect all day every day.

Will there be any support for those set to be severely penalised by the charge?

The council has listed possible solutions, from discounts to grace periods, which may be available to different groups of people, but admitted it is too early to tell how they might work.

These ideas have been suggested:

Will there be exemptions?

Yes. One of the main incentives of the zone is to encourage people dependent on motor vehicles to replace them or upgrade the engine to one compliant with European emission standards.

But that isn’t possible with every vehicle.

Why is the council doing this?

Air pollution is widely regarded as a public health crisis in Birmingham that causes 900 premature deaths a year in the city.

The council has stated because of the ministerial direction it has received, it is “impossible” to introduce a zone without charges.

It faces a fine of up to £60m if it fails to implement the zone in time.

How many people is this likely to affect?

Out of the 200,000 vehicles that pass through the city centre every day, about 60% do not comply with the required emission standards, studies have shown.

So what happens next?

The council’s cabinet is due to meet on 26 June to approve the start of a six-week public consultation from July.

After reviewing the feedback, the authority must give a full business case to the government by the middle of September.

The government has demanded that the zone is implemented by January 2020.